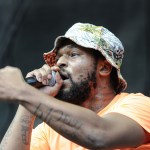 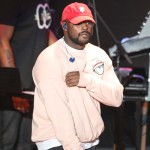 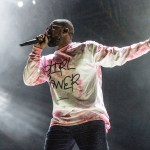 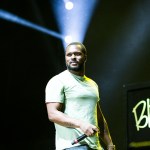 He’s back! ScHoolboy Q has released a new song, ‘Numb Numb Juice,’ 6 months after he delayed his album due to the passing of close friend Mac Miller. Here’s everything you should know.

It’s hard to believe it’s been three years since ScHoolboy Q has released an album, but on March 14, the rapper gave us a taste of what his next record will sound like. “Numb Numb Juice” hit streaming services at the stroke of midnight, and the rapper’s dedicated fanbase can’t get enough of the hard-hitting track. The MC put new music on hold this past September due to the heartbreaking loss of his good friend Mac Miller, so fans have been waiting with bated breath to hear what the California rapper would deliver. On the day ScHoolboy Q returns to the scene, we’re sharing five things to know about him.

1. ScHoolboy’s last full-length album was released in 2016. Blank Face served as the rapper’s fourth studio record and his second release under a major record label, Interscope. While the follow-up was set to arrive in late 2018, the rapper pushed the album back and has yet to announce a new release date.

2. He’s got a slew of A-list collaborations under his belt. He collaborated with ASAP Rocky on “Brand New Guy” in 2011. He also hit the studio with Kendrick Lamar in 2013 for “Collard Greens.”

3. He’s got an adorable daughter. Joy was born in 2010, and has been known to appear in the rapper’s music videos, album covers, and Instagram page.

4. He was incredibly close with the late Mac Miller. After his passing, he opened up about how hard it hit him. “With my n*gga gone right now, I just don’t feel right putting out an album,” he said back in September. “As y’all can tell, I’m not my real self right now. I shouldn’t even be here right now.”

5. ScHoolboy reps California but he was actually born in Wiesbaden, Germany, Yep – the rapper hails from Europe, but moved to the U.S. with his mother while he was still a kid.