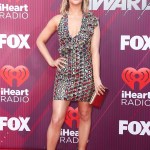 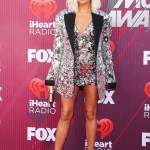 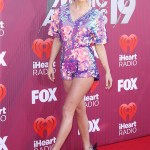 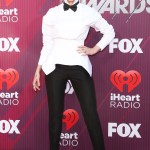 Taylor Swift wowed her fans and peers on March 14, when she hit the iHeartRadio Music Awards red carpet in Los Angeles looking sensational, as per usual.

Taylor Swift, 29, arrived at the iHeartRadio Music Awards in Los Angeles on March 14 looking absolutely amazing in a colorful sequined romper by Rosa Bloom with shoes by Sophia Webster. The “Bad Blood” singer, who first teased the look with a surprising Instagram post before the show, stunned the crowd when she brought her fashion A-game to the red carpet. The singer, who is nominated for two iHeartRadio awards, even paired the look with a new pink ponytail and looked phenomenal as she made her way into the Microsoft Theater, where she’ll be honored for “Tour Of The Year” for her Reputation tour. Sadly, we didn’t see boyfriend Joe Alwyn by her side, but it was still great to see Taylor in such an outstanding outfit.

We also must note that it was extra special to see Taylor walk the carpet because she hasn’t been a fixture on any red carpets lately. On Feb. 10, she quietly attended a BAFTA Awards after-party in the U.K. to support Joe Alwyn, 28, whose movie The Favourite had been nominated. Photographers snapped the couple leaving the British Vogue and Tiffany & Co. Fashion and Film Party while holding hands. Taylor looked glam in a silvery-blue coat.

The pop star gave fans a full view of the dress she wore that night on her Instagram page, where she posted a photo of herself posing in her Stella McCartney light blue, floor-length gown with a plunging neckline. Taylor added the caption, “AHHHHH @thefavouritemovie just won 7 @bafta awards !!! Bout to go give some high fives – thanks @stellamccartney for this dressss [sic].” 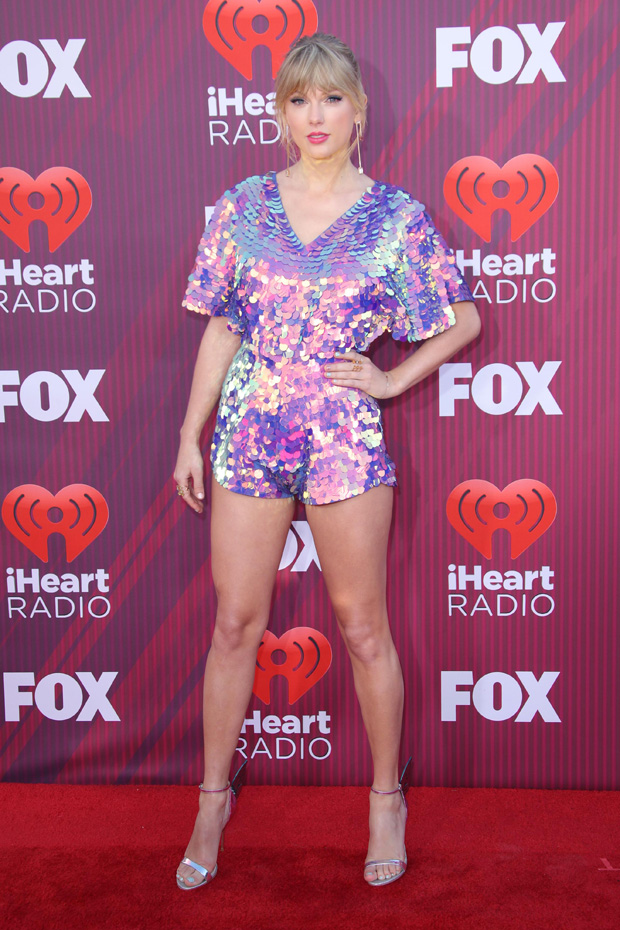 Taylor has been spending a lot of time in London recently where she has been filming a movie version of the hit musical, Cats. On Jan. 22 the feline-lover shared a selfie on Instagram that she took on the set, adding the caption, “Meow.” On Jan. 28 she posted a couple more pics from her trailer. “This trailer courtesy of Cats the film. Cat hair on my jacket courtesy of actual cats, Meredith and Olivia,” Taylor captioned the pics. If she has any cat hairs on her iHeartRadio Music Awards outfit, we can’t see them. She just looks glam to us!