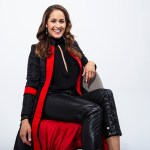 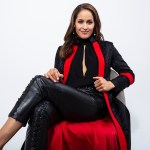 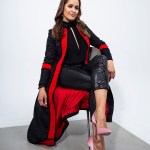 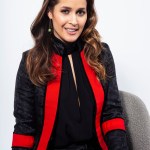 Jaina Lee Ortiz spoke EXCLUSIVELY with HL about the upcoming ‘Station 19’ and ‘Grey’s Anatomy’ crossover, Andy and Sullivan’s deepening bond, and more. Plus, we have an EXCLUSIVE video preview!

Station 19 returned for the second half of season 2 with a bang. Andy and Sullivan found themselves fighting for their lives in the wake of a nasty windstorm. Andy was awarded a medal of bravery, but losing her first rescue hit her hard. “I feel like it affected her deeply because, at the end of the day, she didn’t feel like a hero,” Jaina Lee Ortiz told HollywoodLife EXCLUSIVELY. “For her and Sullivan, I feel like that traumatic event will only bring them closer and will tighten their bond. Who knows exactly what will happen.”

While they were trapped in the ambulance together, Andy and Sullivan were both faced with their own mortality. “When your work becomes so much a part of your life, it starts to define who you are. Once you take that away or just even the thought of that being taken away, it changes your perspective on it,” Jaina continued. “So I feel like she’s never thought of it, but now she’s put into this situation where that could potentially happen. And I don’t think she’s realized until that moment of how dangerous this job really is and that anyone at any point could go.”

The winter premiere ended on a lighter note with Andy and Ryan getting in some quality sexy time. “They’re in a good spot,” Jaina said. “I feel like there’s always that one person in your life where the fire never dies. It never goes out. And sometimes you get back to it and then you leave it and then you get back to it again. I feel like they have that type of relationship.” But what about her former flame, Jack? “Jack is not in a good place. He’s struggling with some PTSD, and I think we dive deeper into that,” Jaina revealed. “He seeks some therapy and we get to see where that leads to. But for him and Andy, I’m honestly not sure where that’s going. I don’t know if it’s going to fizzle out. I can tell you this: he does find someone and it’s someone you’d least expect. He ends up finding someone and that’ll be a really big shocker.”