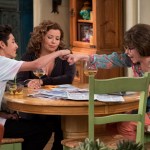 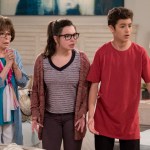 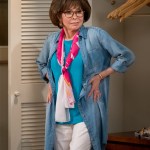 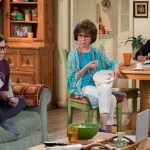 Netflix announced that it’s cancelling Latinx show ‘One Day At A Time,’ which caused fans and cast members to share their thoughts on social media at the news.

UPDATE: Norman Lear, who created the original One Day At A Time series, has reacted to the news that Netflix has cancelled the show. “At my age, I can testify that you are never too old to have your heart broken,” the 96-year-old wrote. Read his message to his “beloved cast, crew and fans” in full below.

ORIGINAL: After three seasons of One Day At A Time, Netflix announced on Twitter on March 14 that it will not renew the show for a fourth season. An outpouring of love from fans and cast-members alike spread on Twitter after the announcement, with people devastated to lose the show that celebrated and represented a Latinx family.

Isabella Gomez, 21, who played Elena on the show, responded to the news on social media. “My heart is breaking, but I still can’t help but thank Netflix for giving the Alvarez family a home for 3 years and for changing my life… and to the fans: familia para siempre. I got you.”

Program co-creator Mike Royce shared a note on Twitter, in which he said that they might find another home for the show. “Along with our studio Sony, we will be exploring other places One Day At A Time can live, and with any luck we’ll find one,” he said. “Either way our three seasons will always exist and be there for you and for us.” Other show co-creator, Gloria Calderón Kellett, shared a string of tweets about her gratefulness and experience with the show. “We sit in the gratitude of getting to do the thing. And we keep going so that we can hopefully do it again & again. This is the gig. Heartbreak is part of it. But believe in miracles. I do. Good luck!”

Netflix: “We’ve made the very difficult decision not to renew One Day At A Time for a fourth season..”
all of us: pic.twitter.com/7yhIt50lhP

Thank you for the outpouring of love. #saveodaat

To the beloved cast, crew, and fans of @OneDayAtATime: pic.twitter.com/qboxcQPMq1

“We don’t deserve One Day At A Time and One Day At A Time doesn’t deserve this,” TV Guide features editor Krutika Mallikarjuna said on Twitter. Another user, Vanity Fair senior writer Joanna Robinson criticized the company’s reasoning for cancelling the show (that it didn’t gather enough viewers to justify renewing): “So this puts a dent in the ‘We’re just a humble streamer out here creating space for underrepresented voices’ shtick, no?”

Another user expressed how sad they were that this show, which tackled an important topic such as depression, will no longer be made. “I don’t understand how Netflix cancelled a TV show like One Day At A Time [which] literally had an entire eipsode talking about depression. I WILL NOT ALLOW IT. #renewODAAT”

“TO be dramatic… if Netflix doesn’t renew One Day At A Time I will be SO pissed like I will be DEVASTATED,” another fan said on Twitter. “No joke actually I will be more upset than I have ever been over any show cancellation literally ever GOD such a good f****** show another season I’d like to HAVE IT [goodnight].”

Other show Brooklyn Nine-Nine went viral after Fox cancelled it in 2018, causing NBC to pick up the show for the 2019 season – maybe One Day At A Time will find another new home after going viral, too.