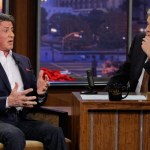 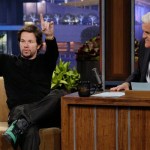 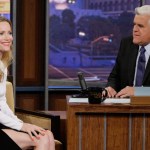 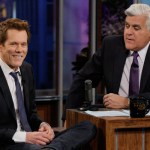 Jay Leno is lamenting the state of late night comedy. To the former ‘Tonight Show’ host, jokes have gotten too political, and there’s someone who’s backing that up — Donald Trump.

In case you were wondering, Jay Leno doesn’t miss being the host of The Tonight Show. The former late night stalwart, 68, appeared on the March 13 episode of NBC’s TODAY, and lamented the state of late night episode. “It’s different,” Leno said. “I don’t miss it. You Know, everything now is, if people don’t like your politics… everyone has to know your politics.” You can watch Leno’s full interview in the video above.

Leno hosted The Tonight Show with Jay Leno from 1992 to 2009 (and again from 2010 to 2014, it’s complicated). He said that he prided himself in his viewers not knowing his political leanings, and followed his Tonight Show predecessor, Johnny Carson‘s “model” for dealing with politics on the show. “I would get hate mail from both sides equally,” Leno recalled. “I went, ‘well, that’s fabulous. That’s exactly what I want.’ When people see you as one-sided, it just makes it tough. He joked that, “Clinton was horny and Bush was dumb, and it was just a little easier. Now, it’s all very serious. I’d just like to see a bit of civility come back to it, you know?”

He went on to say that modern late night hosts are obsessed with political news. Stephen Colbert, Seth Meyers, and Jimmy Kimmel all joke about politics. Even current Tonight Show host Jimmy Fallon, who largely doesn’t touch political news (remember him ruffling Donald Trump‘s hair?), has even felt the need to chime in. “You know, the theory when we did the show was you just watch the news, we’ll make fun of the news, and get your mind off the news,” Leno explained.

“Well, now people just want to be on the news all the time,” he continued. “You just have one subject that’s the same topic every night, which makes it – makes it very hard. I mean, all the comics, Jimmy and Colbert and everybody else, it’s tough when that’s the only topic out there.” Unfortunately, Trump caught wind of Leno’s interview — and he wholeheartedly agrees. Well, at least with what he heard from the Fox and Friends segment about it.

“Jay Leno points out that comedy (on the very boring late night shows) is totally one-sided,
the president tweeted on March 13. “It’s tough when there’s only one topic.” @foxandfriends Actually, the one-sided hatred on these shows is incredible and for me, unwatchable. But remember, WE are number one – President!” Trump’s disdain for “unfunny” late night comedy is well-documented.

“Jay Leno points out that comedy (on the very boring late night shows) is totally one-sided. It’s tough when there’s only one topic.” @foxandfriends Actually, the one-sided hatred on these shows is incredible and for me, unwatchable. But remember, WE are number one – President!

Maybe not coincidentally, Leno’s interview came after Colbert’s Late Show moved ahead of The Tonight Show Starring Jimmy Fallon in the key ratings for 18-49 year-olds for a full week, according to our sister site, Deadline.