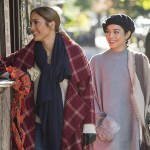 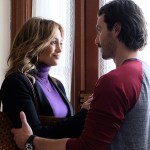 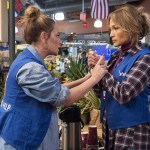 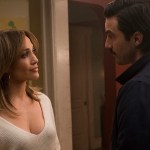 ‘Second Act’ is the first time Jennifer Lopez and Leah Remini have worked together on a movie, and HL has an EXCLUSIVE video of the actresses explaining why the film was so ‘special’ for them.

Jennifer Lopez, 49, and Leah Remini, 48, have been BFFs for years, and they teamed up for Second Act, which is available on digital March 12 and will be available on Blu-ray and DVD March 26. The ladies talk about working together for the first time on the inspirational romantic comedy. “It was fun,” Jennifer says in our EXCLUSIVE video. “It was like this. You know, when I read the script, I thought to myself, ‘I have a relationship like this with someone in my real life and that’s Leah, and if we can get that onscreen then it’s going to be something really entertaining and special.'”

JLo says that she and Leah would come in an apply “real things from our relationships and real situations that we’ve had” in the past. The actress, who just got engaged to Alex Rodriguez, admits that “bringing that truth to it I think made it really special.” Leah nods her head and agrees with everything her BFF says.

Second Act follows Maya, played by Jennifer, a 40-year-old woman struggling with having not achieved more in life. She is passed over for a job promotion solely because she doesn’t have a college degree. However, she gets the chance to prove that streets smarts are just as valuable as book smarts in this delightful film. Leah stars as Maya’s best friend, Joan. The movie also stars This Is Us hunk Milo Ventimiglia and Vanessa Hudgens. Second Act, which was originally released in Dec. 2018, features JLo’s latest single “Limitless” and is the singer/actress extraordinaire’s first romantic comedy since her 2010 movie The Back-up Plan.