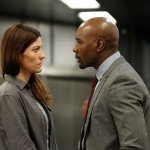 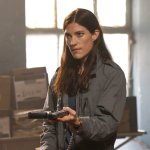 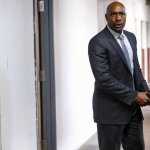 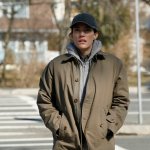 Anna Cruz is not who everyone thinks she is on ‘The Enemy Within.’ She’s working for Tal, and HL learned EXCLUSIVELY from Coral Peña that Anna’s backstory is going to get all fleshed out soon. Plus, watch an exclusive preview from the new episode!

One of the biggest shockers of The Enemy Within premiere was that Anna Cruz is not one of Tal’s innocent victims — she’s actually working for the terrorist. Since then, she’s been trying to get her hands on all the information Keaton and the FBI have on Tal. So, what is her endgame at the moment? “I think she just wants to get deeper and deeper into the FBI and become closer to everyone and become more and more trusted,” Coral told HollywoodLife EXCLUSIVELY. “I don’t think she knows what her endgame is yet. I think it’s one of those things where it’s like the endgame will show itself.” She revealed that she believes Coral is willing to go “pretty far” for Tal, and fans will learn how she got involved with him. “Obviously I don’t want to spoil anything, but out of every person related to him, hers feels the most personal,” Coral continued. “The fact of it is that it’s actually very heartbreaking.”

She noted that “when you understand how she got into it you kind of think she’s just someone who was put in the most unfortunate circumstances. It’s not that she’s not all bad but you definitely feel bad for her.” In addition to understanding Anna’s motivations for working with Tal, we’re going to understand Tal better as the season moves forward. Anna will also be inching closer to Keaton. “Although he can be intimidating, Keaton is the person who sees the good in everyone. He has so much faith in people and they definitely form a bond that Anna uses to her advantage. She knows that he’s still in pain and that he doesn’t want what happened to his fiancee to happen to someone else. Although he is cynical in some ways and has these walls up, he also just wants to protect people. That’s something that you see him kind of play out with Anna.”

Anna has yet to come face-to-face with Erica Shepherd, who notoriously became a traitor for Tal to save her daughter. Anna and Erica will have a “face off” of sorts eventually, but Anna is a little hesitant about getting too close to Erica right now. “Erica knows a lot and no one knows how much Erica actually knows because once she was deemed a traitor she held on to a lot of information. I think Anna is definitely a little intimidated by her because she doesn’t know how much Erica will catch on to her or catch on to her act. Although there is a lot of steering clear of her in some way there is eventually kind of a face-off which is really satisfying,” Coral teased. As for what Tal has planned next, Coral teased: “I think you’re just going to see a lot more careful slow movements on Tal’s part. It’s not just about making noise for him. It’s about permanently taking down a system. Every episode you’ll see something bordering on evil happening.” The Enemy Within airs Mondays at 10 p.m. on NBC.