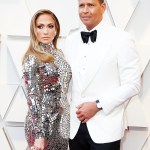 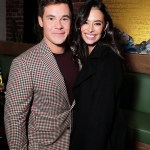 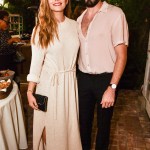 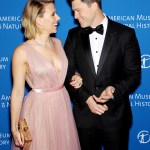 Congratulations are in order for professional golfer, Michelle Wie — she’s engaged to her man, Jonnie West! She took to Instagram to confirm the news on March 10 with sweet photos of the proposal and ring, which you can see here!

Michelle Wie is officially off the market now that her boyfriend, Jonnie West has proposed! The 29-year-old shared a photo of Jonnie down on one knee asking her to marry him on March 10, and captioned the image, “My person for life!!!!!!!!!!!” with a series of red heart emojis. In her photo gallery, she also included a stunning photo of the pair, with her massive ring on full display. In the pic, Michelle has her hand resting on Jonnie’s shoulder so that the ring is front and center, and the big, oval-shaped diamond definitely commands major attention! In a third photo, the lovebirds have their arms wrapped around each other as they gaze lovingly into one another’s eyes.

This exciting news for Michelle comes amidst quite a rough stretch in her professional golf career. After getting into a car accident and hurting her wrist two years ago, Michelle finally underwent surgery to fix an Avulsion fracture, bone spurring and nerve entrapment in her right hand. It kept her out of commission for the remainder of the 2018 season. She returned to compete in the HSBC Women’s World Championship in February, but pulled out after 14 holes due to continued pain in her right hand. “I made the decision on 15 to withdraw because at that point, I was unable to lift the club,” she admitted.

Michelle has not played in any official matches since, which is obviously upsetting for her. However, the exciting proposal likely took away some of that pain for now! Michelle’s fiance, Jonnie, is the son of former NBA star, Jerry West. Jonnie currently works as the operations manager for the Golden State Warriors, and Michelle just confirmed their relationship on Instagram in January. It’s unclear how long they’ve been together.