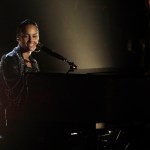 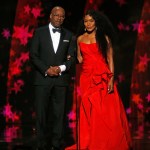 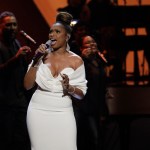 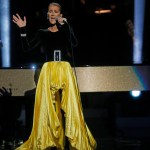 The live concert was taped Jan. 13, 2019, at the Shrine Auditorium in Los Angeles. “This special will celebrate Aretha Franklin’s numerous accomplishments as an entertainment icon, singer, songwriter, pianist, actress and civil rights activist,” Jack Sussman, Executive Vice President, Specials, Music and Live Events, CBS Entertainment, said in a statement. “Aretha had an incredible effect on humanity and music with her indomitable spirit and grace. We look forward to honoring this music legend with numerous performers who all admire and respect the Queen of Soul.”

The tribute special comes less than a year after the Queen of Soul passed away at the age of 76. The legendary singer died of pancreatic cancer. Her funeral featured touching performances by JHud, Ariana Grande, Faith Hill, and more. Over the course of her long and successful career, Aretha won a total of 18 Grammys. She was best known for her songs “Respect,” “(You Make Me Feel Like) A Natural Woman,” “Chain of Fools,” and so many more.