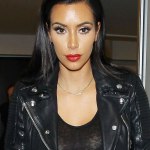 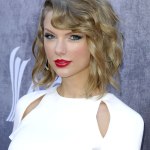 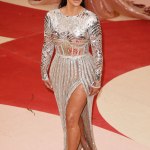 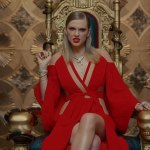 Taylor Swift caught Kim Kardashian off guard by dragging their feud into 2019, but the ‘KUWTK’ star knows how to go forward after Taylor accused her of launching an ‘online hate campaign.’

Kim Kardashian, 38, doesn’t care to revisit her beef with Taylor Swift, 29, even if the “Delicate” singer just did. In an essay for Elle published on March 5, Taylor wrote that “someone started an online hate campaign by calling me a snake on the internet,” and the public’s enthusiastic response led to the pop star’s lowest point in her life. Of course, that “someone” was Kim, who caused a bombardment of snake emojis in Taylor’s Instagram comments…but Kim doesn’t understand the melodramatics now. “Kim’s shocked by Taylor’s comments [in Elle] because she thought they had both put this drama behind them,” a friend of the KKW Beauty owner EXCLUSIVELY tells HollywoodLife, adding, “But she has no intention of getting back into it with Taylor.” Kim’s frankly surprised the feud was brought up, given its timeline.

“This is such old news to Kim, it was three years ago. For Kim that’s like another lifetime, so much has happened since then. She’s had Chicago and she has another baby on the way, life moves very fast for Kim, her mind is on much bigger things than this old feud with Taylor,” her friend continues. The “old news” happened in 2016, when Kim’s husband Kanye West, 41, released his song “Famous” with the following controversial line: “I feel like me and Taylor might still have sex. Why? I made that b**** famous.” Of course, it was a reference to how Kanye interrupted Taylor at the 2009 MTV VMAs, but the line didn’t bode well with the “Bad Blood” singer and her friends. But, plot twist: Kim recorded a phone call between Kanye and Taylor, in which Tay said the “might still have sex” part was “really cool” and “like a compliment.” Kim was happy to leak the phone call to Snapchat, which Taylor slammed as “character assassination” since she didn’t know Kanye would call her “that b****” on the track (you also can’t hear it on the phone call).

But don’t expect Kim to stir the pot on Snapchat again. “Kim hopes she can get away from everything that involves a Taylor feud as soon as possible because she just would rather not be in a feud at all about it anymore,” a second source EXCLUSIVELY tells HollywoodLife. “She hopes that she can just let this recent story take its course and hopefully it will go away quickly before it turns into something again because she doesn’t want to make a big deal out of it.” Kim’s silence on the interview proves this! But the Keeping Up with the Kardashians star is still bracing herself for questions, as our source adds, “She knows someone will ask her about it, but hopefully she doesn’t have to get into with Taylor again because she finds it a waste of time. She hates that it continues to come back when it should be over with.”

The past is still on Taylor’s mind, however, as she surprisingly went in-depth about how hard the “snake” backlash affected her. “In my experience, I’ve come to see that bullies want to be feared and taken seriously. A few years ago, someone started an online hate campaign by calling me a snake on the internet. The fact that so many people jumped on board with it led me to feeling lower than I’ve ever felt in my life,” Taylor wrote for Elle in a personal essay titled “30 Things I learned Before Turning 30.” She eventually got in on the joke, as she continued, “But I can’t tell you how hard I had to keep from laughing every time my 63-foot inflatable cobra named Karyn appeared onstage in front of 60,000 screaming fans. It’s the Stadium Tour equivalent of responding to a troll’s hateful Instagram comment with ‘lol.’ It would be nice if we could get an apology from people who bully us, but maybe all I’ll ever get is the satisfaction of knowing I could survive it, and thrive in spite of it.”