A champion of body positivity and self-love, Elly Mayday has sadly lost her six-year battle with ovarian cancer. As fans mourn, learn more about this young model.

Elly Mayday “passed away on Friday, March 1st at 5:14pm,” the Elly Mayday Official Fanpage shared on March 2, according to Yahoo! Lifestyle. The 30-year-old model spent the last six years encouraging women to embrace and love their bodies, all while battling ovarian cancer that would tragically end her life. With 95k thousand followers on Instagram and over 460k fans on Facebook, Elly was an inspiration to so many, and her death has left many heartbroken. As they remember all the good work she did, where’s what you need to know:

1. Her real name was Ashley. “Ashley Shandrel Luther…was born on April 15, 1988, in Saskatchewan, Canada. Ashley was deeply loved by her family in Canada and in Germany,” the Elly Mayday Official Fanpage said when announcing her death. She adopted the name Elly Mayday – a combination of the character Elly May Clampett from The Beverly Hillbillies character and her aviation career – when she began pin-up modeling as a hobby.

“I started out modeling because a lot of people said I was pretty, but no one would give me work because I wasn’t super tall or skinny enough,” she told Now To Love. “So I went into pin-up because I liked the vintage style – it embraces my curves. I did it just for fun. I wanted to be a model who smiled and was a representation of women like me because when I was growing up there was no one who was bigger and beautiful.”

2. In July 2014, Elly was told she was cancer free. Sadly, the disease returned in 2015, and she shared her heartbreak with her fans. “The bump on my stomach is a tumor. They have seen evidence of nodules in my stomach muscles as well as another area. I have options. I have the strength to do this again. I will win.”

3. She was diagnosed right as her career was taking off. That “aviation career” mentioned earlier? Elly worked as a flight attendant for Sun Wing, a charter airline. In 2013, everything was about to change. “I was diagnosed with Stage 3 ovarian cancer around the same time that I had two (modeling) contracts offered to me. Instead of stepping out of the light, I welcomed it,” she said. After her diagnosis, she quit her job and began to pose proudly. 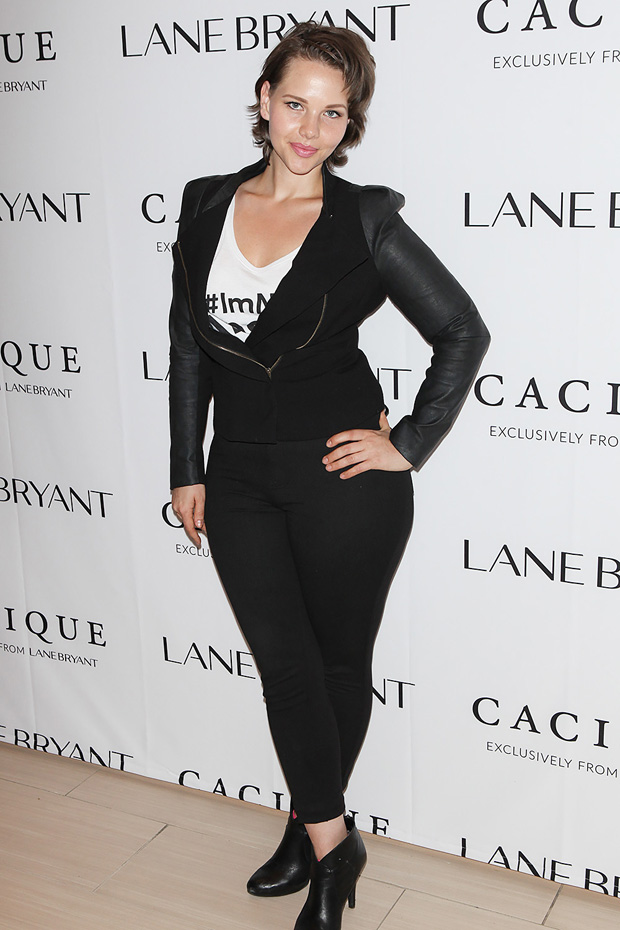 “I just put my head down and ran through the fire,” she said a year later. “The effects of hysterectomy, chemo, and surgery are pretty intense – nothing can really describe it. But cancer is a gift. Now I live my life appreciating everything. Lots of people go through life without that.”

5. She championed body positivity by not shying away from the spotlight. Elly modeled for Forever Yours, a Vancouver-based all-size lingerie line, and with every picture that she took post-hysterectomy showed off her scar. When the chemo took her hair in Aug. 2018, she posed to show how bald is beautiful.

“I figured that maybe I could help someone going through something similar while continuing on with my own dreams,” she told the Regina Leader-Post. “I mean, I was going through it either way, why not make it as positive as possible?”