There are plenty of references to drinking on Taylor Swift’s 2017 album, Reputation, which came as a bit of a shock to many listeners, who weren’t aware that she had such a taste for alcohol. Well, in a new essay for Elle, Taylor reveals 30 things she’s learned before turning 30, and one is “how to make some easy cocktails, like Pimm’s cups, Aperol spritzes, Old-Fashioneds and Mojitos.” The reason why? “Because…2016,” she joked. Of course, that was the year that Taylor broke up with Calvin Harris, had a highly-publicized, whirlwind romance with Tom Hiddleston…and got into a MAJOR public spat with Kim Kardashian and Kanye West.

The public response to Taylor’s fight with Kimye — during which Kim branded the singer as a ‘snake’ on social media — is what led Taylor to basically go into hiding for more than half of 2017. She didn’t return to the spotlight until the end of August, when she announced the upcoming release of an entire album about her reputation being tarnished. However, she looks back at this time as a learning experience, and threw a bit of shade at Kim while diving deeper into it in her piece for Elle.

“In my experience, I’ve come to see that bullies want to be feared and taken seriously,” she wrote. “A few years ago, someone started an online hate campaign by calling me a snake on the Internet. The fact that so many people jumped on board with it led me to feeling lower than I’ve ever felt in my life, but I can’t tell you how hard I had to keep from laughing every time a 63-foot inflatable cobra named Karyn appeared onstage in front of 60,000 screaming fans. It’s the Stadium Tour equivalent of responding to a troll’s hateful comment on Instagram with “lol.” It would be nice if we could get an apology from people who bully us, but maybe all I’ll ever get is the satisfaction of knowing I could survive it, and thrive in spite of it.” In case you weren’t aware — ‘Karyn’ is the name that Taylor gave to the massive snake that graced the stage during her 2018 Reputation tour. 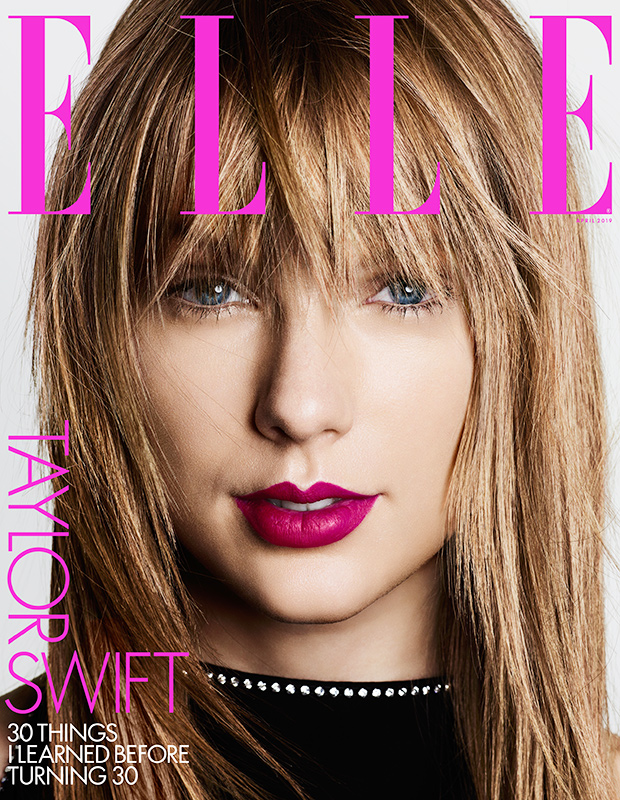 The tension between Taylor and Kim began when Kanye released his song “Famous” in Feb. 2016, which included the lyric, “I feel like me and Taylor might still have sex. Why? I made that b**** famous.” Kanye claimed that he got Taylor’s approval for the line, which she denied. Months later, Kim opened up about the drama in an interview with GQ, during which she defended her husband and insisted that Taylor “totally” approved the “Famous” lyric.

It was in mid-July 2016 that Kim finally made the ‘snake’ reference, when she tweeted, “Wait it’s legit National Snake Day!?!?!?!?!??!?” They have holidays for everybody, I mean everything, these days.” During her tweet storm, she also hinted to her followers that they should start following her on Snapchat — and later that night she shared the actual VIDEO of Taylor and Kanye’s phone call via the app. The footage did show Kanye asking Taylor about the “might still have sex” line, and her telling him it’s “really cool” and “like a compliment.” However, there was NO mention that Kanye would be calling Taylor a “bi***” on the track, which is what made her so upset.

After sticking up for herself following the video release, Taylor stayed quiet on the feud, and left it up to her music to do the talking. She took digs at Kim and Kanye on the songs “Look What You Made Me Do,” “This Is Why We Can’t Have Nice Things” and “I Did Something Bad” from her 2017 album Reputation, but did not publicly comment on the drama again…until now.

Meanwhile, Kim admitted in a recent interview on Watch What Happens Live that she’s “over” her drama with Taylor. She confirmed that the two have not communicated, but added, “I feel like we’ve all moved on.”