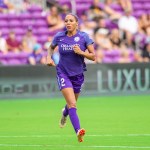 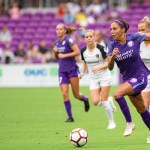 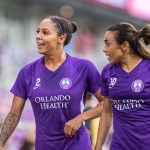 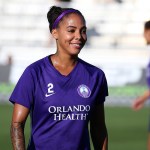 Five months pregnant and going strong! There’s nothing stopping Sydney Leroux from hitting the field during preseason, & she’s got a message for any haters.

It takes dedication to be a World Cup champion, and Sydney Leroux, 28, proved just how much she has when she hit the practice field at five months pregnant. The mom of one is about to be a mom of two, but she’s still keeping in all-star shape!  “I didn’t think I’d be starting off preseason 5.5 months pregnant but here we are,” she revealed on Twitter on March 4, alongside several photos of herself in uniform. Of course, some overly opinionated followers wrote critical comments below the post, but Sydney was simply not having it. The soccer superstar defended her decision to keep on playing. “I have yet to respond to some of you ignorant people but this one made me lol. 99% of those that have criticized my ‘training’ have been men. Until you push a baby out of your vagina you need to sit this one out. I don’t play for the money honey, I play because it brings me joy,” she wrote in a tweet. Tell em, Sydney!

Not only was Sydney ready to defend herself, she was ready to stand up for pregnant women everywhere. When another expecting mom needed some advice, Sydney came to the rescue. “I just do non contact stuff,” she replied to a pregnant fan who wanted to know what the doctor cleared for her. “Ball work. Getting touches in. I don’t put myself in situations where the ball can ricochet or I can get hit. No high intensity running and I listen to my OB (who knows more than people on twitter telling me what I shouldn’t be doing with MY body,” she added, once again hitting back at haters.

Thankfully, a number of fans came to her defense. “SAY IT LOUDER FOR THE PEOPLE AT THE BACK!!” one person tweeted at her. “TELL HIM QUEEN,” another wrote. One fan even shared an inspirational story of her own. “37 weeks and 5 days pregnant I ran a 10k with my sister. I delivered 1 week later. Our bodies are made for this. Keep doing you, momma!” they proudly said. Needless to say, the 2012 Olympic gold medalist and 2015 World Cup champion probably knows a lot more about athletic health than the majority of her followers anyways!

Considering that Sydney already has one perfectly healthy child at home, it’s safe to say she knows what she’s doing! Play on, Sydney. See her super inspiring photos from the field here!