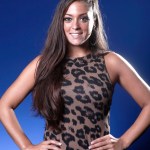 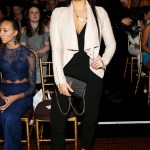 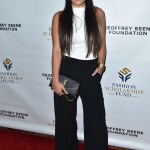 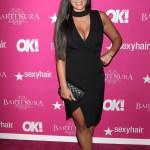 ‘Jersey Shore’ star Sammi ‘Sweetheart’ Giancola is officially engaged! She confirmed the news on Instagram and shared a sweet photo of her man popping the question.

Another Jersey Shore cast member is off the market! Sammi Giancola got engaged to her longtime boyfriend, Christian Biscardi, on March 4, she confirmed via Instagram. “I’m completely overwhelmed with happiness,” Sammi gushed, with a photo of Christian down on one knee. “Yesterday was the best day of my life! I get to marry my other half, best friend and soulmate. I look forward to spending the rest of my life with you. I love you!!!” She also included the hashtags ‘#fiance,’ ‘#MrsBiscardi and #Stillcryingtearsofhappiness.

In the sweet proposal pic, Sammi and Christian are in front of gorgeous background of palm trees and more greenery. Sammi looks gorgeous in a blue dress and white flip flops, with her hair straight and cascading down her back. She seems to be wiping a tear from her eyes as Christian holds a ring up to her left hand. Meanwhile, he can’t take his eyes off her as she asks her to marry him! Christian also shared the photo on his page and wrote, “I am beyond excited to get to marry my best friend! Here’s to the future Mr. & Mrs. Biscardi.”

HollywoodLife EXCLUSIVELY reported back in January that Sammi would be getting engaged ‘very soon,’ and that has clearly proven to be true! She had Christian have been together for more than a year and a half, and the two moved in together during summer 2018, so an engagement was clearly the next logical step.

I’m completely overwhelmed with happiness. Yesterday was the best day of my life! I get to marry my other half, best friend and soulmate. ❤️ I look forward to spending the rest of my life with you @_biscardi I love you!! #Fiance #MrsBiscardi 💍💍💍 #Stillcryingtearsofhappiness

Of course, Sammi famously dated Ronnie Ortiz-Magro during the original six seasons of Jersey Shore, but their romance was incredibly volatile and had lots of ups and downs over the years. They were together after the show ended, but eventually called it quits. Ronnie went onto start dating Jen Harley, and together, they welcomed a daughter, Ariana, in April 2018.

Jen and Ronnie’s troubled relationship (they’re currently broken up) was featured on Jersey Shore: Family Vacation in 2018, which starred all of the show’s original cast members except Sammi. Sammi decided not to return for the revival, as she wanted to focus on her career and relationship. “At 31, I am currently extremely happy in every aspect of my life and want to avoid potentially toxic situations,” she explained in April 2018. “However, it was a difficult decision as I love my roomies. I’ve decided to focus on me, my future and what truly makes me happy.”