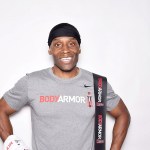 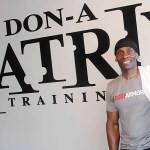 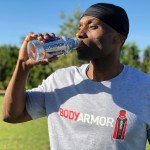 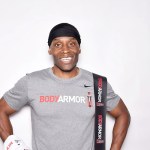 You may recognize Don-A-Matrix from episodes of ‘KUWTK’, where he’s trained Khloe, Kim and Kourtney! He tells HollywoodLife the body-targeting workouts the sisters love and hate! Don even reveals Kylie Jenner’s go-to post-baby workout!

It’s no secret that the Kardashians are all about staying in shape. That’s why, for years, the famous family has called on the expertise and health guidance of celebrity trainer Don-A-Matrix. Don, whose Hollywood studio has seen the likes of Fergie, 43, and other stars, trains Kourtney, 39, Kim, 38, Khloe, 34, Kanye West, 41, and recently, Kylie Jenner, 21 following the birth of her daughter, Stormi Webster, in February. Now, he’s spilling the tea about what it takes to get a body like a Kardashian!

“It’s definitely an experience,” Don, who frequently appears on their hit reality show Keeping Up With The Kardashians, tells HollywoodLife about working with the family. We caught up with Don last month, while he was promoting his latest partnership with BODYARMOR — a better-for-you premium sports drink that provides superior hydration. (More info below)

Working with the Kardashians is something Don’s learned to prepare both mentally and physically for. “Those entities are so huge, that when leaving from Kourtney’s [home] to go train Khloe or Kim, it’s like anyone, everyone has different personalities and bodies,” he explains. “So, you have to make those mental and physical switches to engage with each of them, and the same goes for the goals they want to achieve. Sometimes they don’t want to do certain exercises, so you have to have four or five different exercises to work the same body part, just in case that happens.”

“A lot is going on around the workouts, whether it’s the kids running around or things that need to be answered for business, and you have to work for all of that and make sure that you get done what they hired you for.” Don went on to explain how each workout is tailored specifically to the sisters, and which areas they chose to target after baby.

“I think each person is different with their time — like, Kourtney, after baby, she would want to focus on her mid-section and her arms,” he reveals. “Once she gets that right, then she’ll move onto thighs to ensure she gets that [thigh] gap back between the legs. With the Kardashians, once a body part that they want improve is worked on and they see success, they will start to focus on something else.”

As for the present day, Don works with Kourtney on multi-functional movements. “That means we’re working out more than one body part at the same time. We’ll use the resistance bands — you’ll see in footage [on KUWTK] — that we might be doing an upper body back row (resistance) — at the same time we’re using the lower body to do lunges (cardio). So, we’re doing cardiovascular and resistance training at the same time.”

“The reason for this is that we’re trying to get as much out of the body as we can, and extend as much energy as we can. But, a lot of the time, time is a factor for us. People will usually do an upper body, then a lower body separately. But, with Kourtney or the other sisters, we’ll do this together — we’ll combine the resistance and cardio because of time constraints.”

“Lately, Khloe, after the baby, she had picked up weight in her hips, so the focus was to really get that down,” he explains. Khloe gave birth in April 2018. However, he says post-baby workouts, concerning the hips, weren’t the easiest for Khloe. “That was a big drag for her because for a lot of those workouts we’d have to take outside and do hill sprints to target that area. So, anything like that, she’d be like, ‘Ah we have to go outside or run stairs?’ That’s one of her things she really doesn’t like to do. But then, Khloe loves the jump-ropes, so that’s been our go-to.”

When it’s raining in LA, or if Don doesn’t take his workouts outside, “I use the Bosu Ball a lot,” he says. He’ll also retreat to the Bosu Ball if the sisters’ bodies just don’t want to run that day. “You just have to get the cardiovascular working. I’m not a fan of ex-ing out anything when it comes to workouts. So, if you can’t do hit workouts, then you do lower intensity workouts for a longer period of time.”

“This type of method has been the key to success with the Kardashians,” Don says, adding that the resistance and cardio method also ties into his four-quarter method, in which he teaches at his Hollywood studio.

Don admits that he only began working with Kylie, who welcomed her first child last February, after she gave birth. And, she’s got one demand when she’s in the gym with Don — cardio. “After the baby, we’ve just been doing cardiovascular with Kylie. — That’s her go-to right now.”

If you’re a KUWTK watcher, you’d know that Don trains the sisters together and solo — it depends on their schedules. Sometimes, Kim, Khloe and Kourtney will bicker about who gets a session with Don when there’s time constraints. But, they’ve all worked out a system that accommodates everyone as much as possible. “The good thing about them is that they’re sisters,” he says, explaining, “It comes a bit easier for me that they’re so close. They can discuss things with each other about the workouts, or if they’re running late with the workout, one of them can let me know so there’s not any conflict.”

What an amazing time @cincydecc for the @krogerco Wellness Your Way Festival - Thank you to everyone who came out to get #Donamized and a special thanks to @drinkbodyarmor for the super hydration and having me. @natashabedingfield for the closing night concert along with @wywfestival co-founder @jewel #Donamatrix #WYWF2018 #ObsessedWithBetter

We caught up with Don, who filled us in on all of the amazing health benefits of BODYARMOR — a sports drink he takes down during his intense workouts. “It’s been a great partnership that fits with my workouts and what we’re putting in our bodies,” he says.

“If you know about my method, my four-quarter system, it’s like a basketball and football game. Within that, we know that we need to stay hydrated during our workout. So, hydration plays a major role in the performance, and this sports drink has played a major role in how I do my method. I drink it everyday when I’m working out or even when I’m running the workouts at my studio. The BODYARMOR ‘LYTE’ has been my go-to. It’s low calorie, and it has electrolytes and vitamins and no artificial ingredients. Once you find your flavor, you’re good to go. The Mango, right now, is my favorite.”

Don explains how his partnership with BODYARMOR was completely organic. One day he was at his studio and received a delivery of BODYARMOR sports drinks. So, he decided to try it during one of his workouts. “I started drinking it throughout my work and I felt this different energy happening within my body,” he recalls.

“After that, I really wanted everyone to experience what the sports drink did for my body. When I train people, toward the end of the workout the body starts to break down and you get a little tired. So, around the fourth quarter, I’ll use my mechanisms of getting people to finish the workout the way they started. The BODYARMOR sports drinks absolutely did this for me. — It took away me having to do these motivational talks to get people to go harder, because the sports drinks have sustained that energy with the electrolytes and the vitamins.”