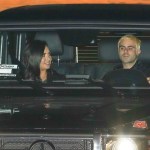 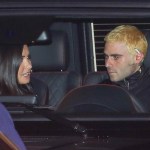 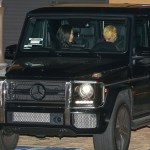 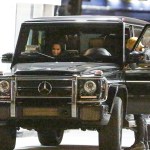 Demi Lovato not only reportedly called it quits with designer Henry Levy, but a new report claims he’s not what people were labeling him to be.

The whirlwind romance may be over. Demi Lovato, 26, is no longer dating Henry Levy, 27, according to a report from People on March 5. The outlet’s source even claimed that the Enfants Riches Déprimés founder never doubled as Demi’s “sober companion,” contrary to prior reports. There were no signs of trouble in paradise, as Henry gushed about the “Sober” singer just a few weeks ago on Valentine’s Day. “Happy Valentine’s Day to this beautiful soul @DDLovato…I love you to the moon and back,” he reportedly wrote on his Instagram Story, along with a selfie of them two. Demi had even returned the love by gifting him with a French bulldog named Ozzie for V-Day, which Henry revealed to his Instagram followers the next day. HollywoodLife has reached out to Demi’s reps for comment.

The fashion designer has been by Demi’s side ever since she completed a 90 day stint in rehab in 2018, which was provoked by a nearly fatal overdose in July of that year. They were first seen grabbing dinner at Matsuhisa in Beverly Hills in Nov. 2018, which was followed by more pictures of cozy outings in the months since! They made their relationship Instagram official in Dec. 2018 after Demi shared a sweet video of her leaning over to receive a smooch from her beau while aboard a private jet. They were en route to a New Year’s trip in Aspen, Colorado, during which Henry also updated his Instagram Story with affectionate photos. The designer last shared a photo of him and Demi, which was snapped in France, on Jan. 14.

Demi recently hit her six month sober mark on Jan. 25, which she celebrated with a finger tattoo of a rose. The Disney alum had “been taking every single step and measure to make sure she sticks to staying sober this time around,” a source EXCLUSIVELY told HollywoodLife, and People published its breakup report on the same day sources told the outlet that Demi had been taking “one trip to a treatment facility for a few weeks outside of Los Angeles,” but is back home now.