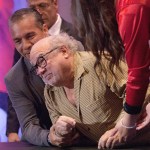 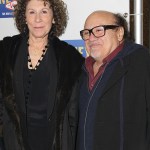 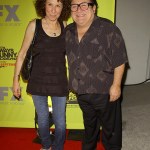 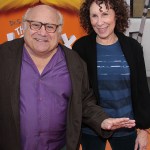 Poor Danny DeVito. The actor had trouble getting up after taking a tumble at a ‘Dumbo’ press event in Mexico City. But as expected of the slapstick comedian, he turned the blunder into a hilarious one-liner.

Danny DeVito’s face soon met the floor after taking the stage a press event for Dumbo on March 5. This wasn’t one of the 74-year-old comedian’s antics — the crowd in Mexico City gasped, and Danny couldn’t get right back on his feet immediately. Two people hoisted him up and Danny announced, “I tripped!” He then added “I think I’m okay,” but of course, the Twins star had to take advantage of the self-deprecating moment. “No printing that picture,” he joked to the photogs, but didn’t seem to mind when they snapped away.

Distracting from Tuesday’s blunder is the fact that Danny gets a generous amount of screen time in Disney’s live action Dumbo movie, which hits theaters on March 29. He plays the ringmaster of the circus where Dumbo, the magical flying elephant, finds his new home. It’s not Danny’s first time working with the film’s imaginative director, Tim Burton, as he also played Penguin in Tim’s Batman Returns. Just like in that 1992 version of the Batman film, we’ll see Danny take on a complex character in Dumbo…yes, even for a Disney film!

“In our movie, it’s different from the Dumbo that we all know and love,” Danny told Collider, and even compared the film to forces in today’s political climate. “It’s more of a guy who is under a lot of pressure and makes a couple of decisions during the movie that are obvious for a guy whose back is up against the wall but then, thank goodness, everything works out okay, Medici [the name of Danny’s character] gets rid of Donald Trump and the world is a better place.”

Danny’s jab at the POTUS comes after he also slammed systematic racism and commented on the #OscarsSoWhite controversy in 2018. We love a man that can take a fall, get back on his feet, make a joke at his own expense and yet speak on the injustices of society! We stan.