Ben Affleck and ex Lindsay Shookus looked every bit like a couple when arriving in NYC, playfully touching and putting their arms around each other. We’ve got the pic amid reports they’re back together.

Ben Affleck and ex Lindsay Shookus sure are enjoying each other’s company these days. The possibly on-again couple arrived together at JFK Airport in New York on March 4 and the long flight from L.A. didn’t dampen their enthusiasm towards each other. The Saturday Night Live talent booker was photographed playfully touching his face several times and put her arm lovingly around his shoulder. She and the 46-year-old actor were pictured talking so close up to each other that their faces were nearly touching. Getting that close into someone’s personal space is a pretty intimate move.

This PDA fest comes after Lindsay and Ben spent quality time together the week prior in Los Angeles. She accompanied him to the premiere of his latest film Triple Frontier, and they were also spotted having an intimate dinner date. But Ben was also photographed three times during that same week with ex-wife Jennifer Garner, as they were playing happy co-parents to their children. In fact Ben and Jen attended a wedding together just hours before Ben and Lindsay hit up sushi hotspot Katsuya.

“He really enjoys spending time with her but his focus will remain his kids and family,” one of Ben’s pals told PEOPLE magazine about the two reconnecting. “I think he’s always been interested in seeing where his relationship with Lindsay could go, but these are two people who are very focused on their families and that distance between New York and L.A. is difficult sometimes.” Lindsay, 38, lives in NYC and has a six-year-old daughter Madeline, while Ben is based in L.A. where his three kids Violet, 13, Seraphina, 10 and seven-year-old son Sam live with Jen. A second source told the magazine that the romance is officially back on, revealing “Ben and Lindsay have picked back up where they left off at this point.” 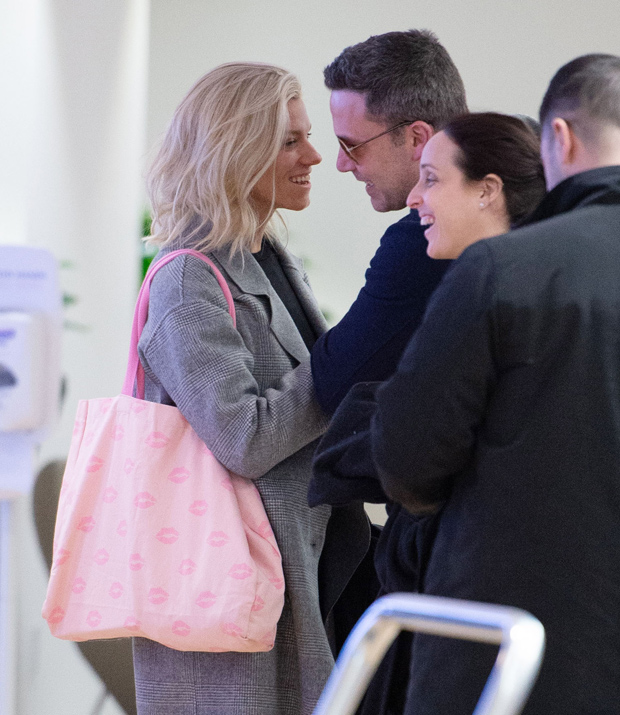 Ben and Lindsay broke up over the summer of 2018 after a year together when the Argo star/director began to spiral out of control in his battle to stay sober. After their split, he began partying heavily with Playboy model Shauna Sexton until Jen staged an intervention and personally drove him to an alcohol rehab center in Malibu on Aug. 22. Now that Ben’s been through treatment and re-committed to sobriety, things with Lindsay are looking up again.