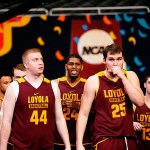 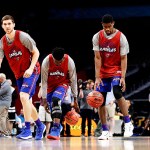 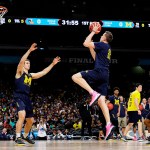 It’s March 1, and sports fans want to know: when does March Madness start? Find out when the men and women’s NCAA Division I Basketball events begin!

March is full of such fantastic events: Mardi Gras (March 6), the first day of spring (March 20), St. Patrick’s Day (March 17), the Nickelodeon Kids’ Choice Awards (March 23). However, for sports fans, March brings one thing – basketball! The NCAA Women’s & Men’s Division I Tournaments – aka March Madness – bring the future of the sport into the spotlight. But, when does March Madness start? For those still wondering, HollywoodLife.com has your back.

The 2019 NCAA Division I Men’s Basketball tournament runs from March 17 to April 8. After all the excitement of St. Patrick’s Day, get ready for some “March Madness.” Selection Sunday, the day when the NCAA Division I Men’s Basketball Committee announces the 68 teams that have qualified for the tournament. With the bracket revealed, basketball fanatics and their mildly-interested coworkers will fill out their picks in hopes of predicting the winner (and winning the office pool.)

The 2019 NCAA Division I Women’s Basketball tournament runs from March 18 to April 7. 32 teams will qualify upon automatic bids through conference tournaments, while the remaining 32 will be selected as at-larges. After Notre Dame bounced Connecticut – once an unthinkable action – the Fighting Irish dunked their way to the national title. Can they do it again?

The Men’s First Four take place on March 19 & 20. The NCAA expanded the tournament from 64 to 68 teams in 2011, and with it came the First Four. Basically, the eight lowest-seeded teams – four who received automatic bids into March Madness and four teams with at-large bids — play each other for a spot in the tournament. The winning automatic bid teams will get seeded at No. 16, with the at-large winners getting No. 12 seeds. Think of this as the “wild card” round.

After the First Four games end, the real March Madness begins. The first and second rounds take place over four days in a variety of cities. Hartford. Salt Lake City. Des Moines, Jacksonville. Columbus and Columbia. It all will end in Minneapolis, as the Final Four (taking place on April 6) and Championship game (April 8) will take place in the home of Prince. The women’s Final Four and Championship game will end someplace warmer, as they’ll head to Tampa. Florida.

Who will be the No. 1 seeds? Look, there is a lot of basketball left in between now and Selection Sunday. The college basketball landscape can change, but as of this post’s publication, CBS College Hoops expert Jerry Palm has Virginia, Gonzaga, Kentucky, and Duke as the No. 1 seeds. He has last year’s champion, Villanova, seeded at No. 7, but after some high-profile losses, this ranking isn’t that surprising.

Charlie Creme of ESPN predicts Notre Dame, Baylor, Louisville, and UCONN as the No. 1 seeds for the Women’s tournament. Will the Huskies be able to recover from last year’s expulsion? Will Notre Dame go back-to-back?

Full Schedules Below (per NCAA.com) We’ll have all the streaming/channel/how to watch information when it’s made available.