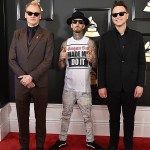 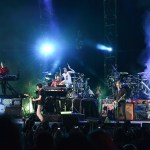 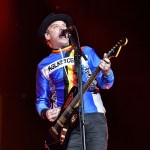 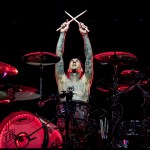 Rock & Roll lives on! The Warped Tour may not be making it’s annual nation-wide trek in 2019, but it WILL host several very special shows on both coasts!

Blink 182, Good Charlotte, Simple Plan: what do they all have in common? They are all make appearances at the 2019 Warped Tour anniversary shows! Kevin Lyman, the famed creator of the Vans Warped Tour, isn’t letting the long-time attendees of the festival down this year. Despite ending the tour in 2018, there will be several shows on each coast this summer to celebrate 25 years of rocking live music. Blink-182, The All-American Rejects, Andrew W.K., Good Charlotte, Gym Class Heroes, The Offspring, Simple Plan, Bowling for Soup, Taking Back Sunday, Reel Big Fish, Less Than Jake and Good Charlotte are just some of the bands set to hit the stage!

Punk-rockers, emo kids, and ska lovers everywhere should grab tickets stat! They are on sale now and are going to go fast with just two full shows on each coast, and a smaller kick-off celebration in June. The “grand opening” show will be held in Cleveland, Ohio, and will include an exhibit at the Rock & Roll Hall of Fame! Then on June 29, the biggest bands in rock will hit Atlantic City, New Jersey, for the first major leg of the anniversary celebration. The west coast will receive a party of their own one month later, on July 20, in Mountain View, California.

Don’t call it a comeback, though! Kevin has made it clear that the Warped Tour legacy will live on forever, which is why he enlisted some of the most iconic tour veterans through the years to play the anniversary shows. “Through the years the Vans Warped tour has always tried to bring you something extra, this year we have gone through the past archives and dug up many of our old friends to join us for these special events,” Kevin said in a statement. “The curated art experience will showcase our favorite moments over the last 25 years. So, dust off the old Vans and lace em’ up since you won’t want to miss a thing!”

JUNE 29+30 • ATLANTIC CITY, NJ⁣⠀ Set to a backdrop of sun, sand, and surf, we will celebrate our 25th Anniversary with a special two-day extravaganza on the beach in Atlantic City!⁣⠀ ⁣🎟 tickets on sale now⁣⠀ ℹ vanswarpedtour.com⁣⠀ ⁣⠀ ⁣#vanswarpedtour #warpedtour #foreverwarped #jerseyshore⁣

See the full list of performers and more details on each respective show, above! As Blink 182 once famously said, we can’t wait for the summer and the Warped Tour!