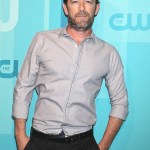 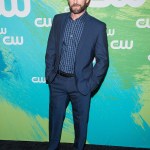 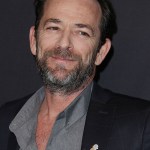 Beloved actor, Luke Perry, was rushed to the hospital on Feb. 27 after suffering a massive stroke, according to a new report.

UPDATE (2): Doctors have placed Perry in a medically induced coma, according to TMZ, which sites sources. The stroke reportedly described as being “massive.” However, when paramedics arrived at his home, sources say Perry was responsive and talking. But, his condition reportedly deteriorated afterward, and he was rushed to the hospital. UPDATE (1): A rep for Luke confirmed, “Mr. Perry is currently under observation at the hospital,” at 11:20 a.m. ET on Feb. 28. However, no further information about the actor’s condition was released.

ORIGINAL STORY: Luke Perry was hospitalized on Feb. 27 after having a “massive stroke” at his home in Sherman Oaks, according to TMZ. The actor was rushed to the hospital after paramedics received a call around 9:40 a.m. As of the morning of Feb. 28, Luke’s condition is not known, but HollywoodLife has reached out to reps for the 52-year-old for comment. However, Luke was just recently shooting new episodes of Riverdale on the Warner Bros. lot in L.A., TMZ reports. He stars as Archie’s dad, Fred, on the hit CW show.

Luke became a Hollywood teen sensation thanks to his role as Dylan McKay onBeverly Hills 90210. He starred on the show from 1990-1995, but left after five years in an attempt to find more serious acting jobs. He returned to the series in 1998, and was a regular cast member until the series finale in 2000. On the very same day of Luke’s reported stroke, Fox announced the official revival of the beloved teen series, although Luke was NOT one of the cast members confirmed to return for the six-episode special.

The new Beverly Hills 90210 will air in summer 2019, starring Jason Priestly, Jennie Garth, Ian Ziering, Gabrielle Carteris, Brian Austin Green and Tori Spelling. Along with Luke, Shannen Doherty was not part of the revival cast. The new series will feature the actors playing “heightened versions of themselves,” as they reunite to plan a 90210 reunion. Rather than fictional storylines, the script is inspired by the stars’ real lives and relationships.