Jordyn Woods has remained silent since her alleged hookup with Tristan Thompson. But, she’ll tell her side of the story on Jada Pinkett-Smith’s ‘Red Table Talk’ show on March 1. Why the red table? Woods’ history with the Smith fam goes back to the ’90s!

In just one night, Jordyn Woods, 21, went from the Kardashians’ confidant to the famous family’s enemy after she was reportedly caught making out with Tristan Thompson, 27, at a party on February 17. As you may know, Thompson is the now ex-boyfriend of Khloe Kardashian, 34, and the father of her only child, daughter True Thompson (11 months). Now, Woods will tell her side of the story on  Jada Pinkett-Smith,’s Red Table Talk Facebook Watch show on Friday, March 1. And, the model chose to speak out for the first time with Pinkett-Smith, 47, because the two go way back, TMZ reports.

Woods has actually known the Smith family since she was an infant — and, a lot longer than she’s been friendly with the Kardashians. While you’ve probably seen her in countless photos with Jaden Smith, 20, and Kylie Jenner, 21 — the story of how they all met is something that’s never gotten much attention. Jaden is the one who introduced Jenner and Woods, back around the age of 14 when they were on the brink of high school, according to E! News.

In the summer of 2012, Jaden and Jenner were hanging out at her house when he suggested they invite his friend, Jordyn over, E! recalled. “She’s known Jaden, like, her whole life, and I met him in middle school,” Jenner said in a video last summer during a Q&A with fans on Twitter. Woods later chimed in: “You guys told me to come over one day, and I was like, OK, ‘I don’t know them’…” That’s when Kylie said: “Then you put your name in my phone with a purple heart, and I still have the purple heart in my phone.” 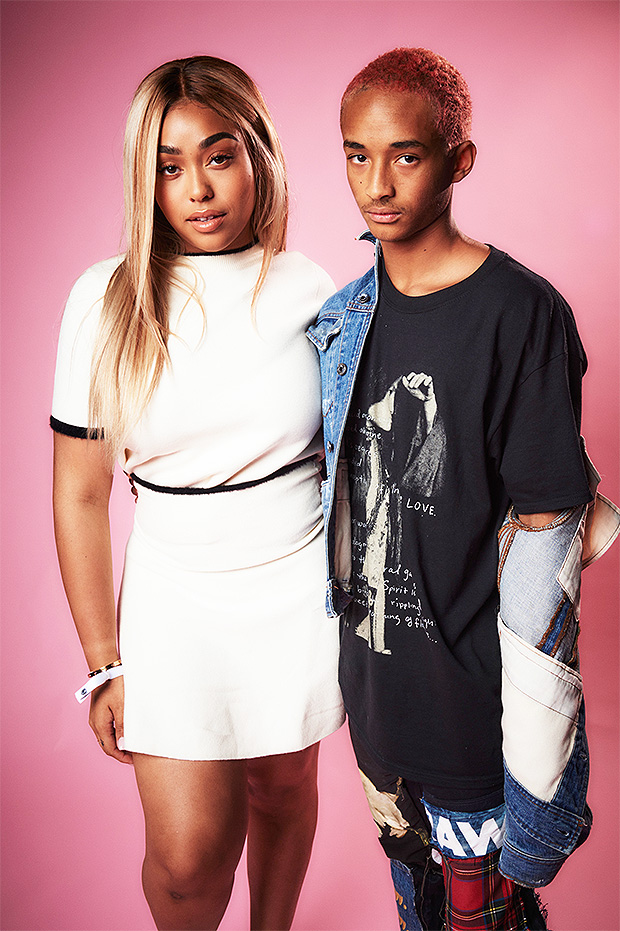 As for how Woods and Jaden are connected? Their friendship began as toddlers, although the Woods family and the Smiths have been friendly since the ’90s. They met through their parents, the site reports, as John Woods, Jordyn’s late father was a TV sound engineer who’s said to have met Will Smith, 50, while working in the 1990s. At the time, Woods was a child model, and she moved with her family to Calabasas, CA, where the Kardashians lived. The famous family still resides there together, where they live near each other in a gated community.

Woods is so close with the Smith family that she calls Will her “uncle.” In 2014, she shared a photo of her as a child, in the arms of the actor, in honor of his birthday. “Happy birthday to a man who has greatly impacted my life. Love you uncle willy,” she captioned the photo. Through the years Woods, Jenner and the Smith family have posted photos with each other and referenced their long history together.

Although Woods has refrained from posting on both Instagram and Twitter since the cheating scandal broke, she did tease her interview with Pinkett-Smith by going live on Instagram earlier this week. In the live video, Woods was seen giving viewers a serious stare, while sitting at the red table. Wood’s Red Table Talk episode airs Friday, March 1 on Facebook.

As for why she chose Pinkett-Smith to open up to in her first interview since the scandal? — Woods thinks the Kardashian family, especially Kim, 38, can take her down “professionally, socially and monetarily,” TMZ reports (linked above). Woods reportedly believes she’ll get a fair shot at telling her side of the story with Pinkett-Smith, especially because of their history together.