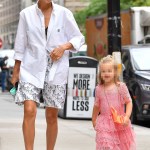 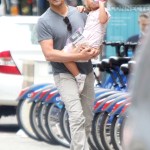 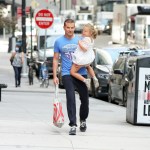 Despite their sweet display of friendship at the 2019 Academy Awards, Irina Shayk may have hit the ‘unfollow’ button on Lady Gaga just before the big show.

Lady Gaga, 32, and Irina Shayk, 33, were all smiles as they sat next to each other at the 2019 Oscars, but apparently, Irina just might have unfollowed the singer in the days leading up to show. Before the singer delivered an intimate performance with Irina’s hubby, Bradley Cooper, 44, she got the boot from Irina’s social media says The Sun. The model is no longer following Gaga’s Instagram page, the publication reports! Plus, “the stories about Irina being sick of Gaga have some truth to them,” according to their sources. “It’s not that she dislikes Gaga or is jealous of her, but she’s sick of the constant stories about her ‘close’ relationship to Bradley,” the sources told The Sun.

That being said, there’s no concrete proof that Irina was ever following Gaga to begin with! Sure, it’s a little odd that they would be so friendly IRL and not take their friendship digital, but to each their own. Plus, HollywoodLife is told that there’s zero bad blood between the two! Despite all those romance rumors between Bradley and Gaga, “Irina is unaffected, she doesn’t pay attention to rumors and furthermore she isn’t at all threatened by Bradley and Lady Gaga’s friendship or performance,” a source close to the model EXCLUSIVELY told us. “No one should be offended for her, or feel sorry for her. It’s unnecessary because she doesn’t feel that way. She’s got every bit of Bradley’s heart and she knows it,” our source continued. There you have it!

Clearly, Irina is very secure in her marriage, because Bradley’s Oscars performance with Gaga WAS super steamy. The Two Star Is Born co-stars hit the stage at the Oscars for a performance of “Shallow,” and it had fans flat out convinced they were in love. The duo serenaded viewers with a chemistry-filled performance that was absolutely electric on stage, just like it was in the movie. At one point, Bradley even wrapped his arm around Gaga, before meeting her gaze as the song wrapped.

Social media friends or not, it looks like Irina and Mother Monster are getting along just fine. Just look at the way they sweetly hugged it out during the awards show. Looks pretty convincing to us!