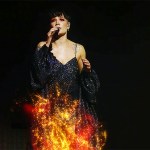 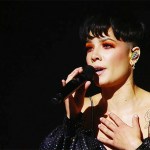 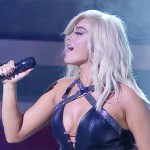 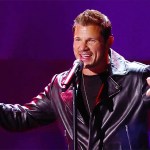 The 2019 iHeartRadio Music Awards will be nothing short of iconic! Only the biggest stars are set to be there, & we can’t wait to see Taylor Swift, Ariana Grande, & more!

We’re less than a month away from the 2019 iHeartRadio Music Awards, and it’s shaping up to be a star-studded show! The first round of performers for the big night were just announced and wow, what a lineup! Alicia Keys, 38, Ariana Grande, 25, Halsey, 24, Garth Brooks, 57, John Legend, 40, and Kacey Musgraves, 30, will all take the stage on March 14 at the annual ceremony. The best part? There’s even more celebrity performers to be announced! HollywoodLife will keep you posted as more musicians are added to the lineup.

While live performances are one of the most exciting part of any awards show, the most important part is of course, the awards! There’s a slew of stars receiving some very special honors at this year’s iHeartRadio awards. Alicia is slated to receive the coveted 2019 iHeartRadio Innovator Award for her contributions to both pop culture and social causes. Fans of Halsey, 24, will be happy to hear that the singer is getting a special award of her own. L’Oréal and iHeartRadio will present the “Bad At Love” singer with the 2019 Fangirls Award, which recognizes a female artist who has pushed boundaries with her music and message. Then, country music will get some recognition thanks to Garth. The crooner will receive the first-ever iHeartRadio Artist of the Decade Award!

While Taylor Swift, 29, isn’t currently slated to perform at the awards show, she IS getting honored at the ceremony! The “Delicate” singer is being honored in a big way this year. iHeartMedia will be giving Tay the Tour of the Year award for her massive Reputation stadium tour. The singer’s worldwide trek not only sold out, but it raked it some major dough. With over 2 million tickets sold just in the U.S., it became the highest selling U.S. tour in history by any artist. No big deal!

The 2019 awards show will air on Thursday, March 14 at 8 pm EST on FOX, live from the Microsoft Theater in Los Angeles. The event also will be broadcast on iHeartMedia radio stations nationwide!