The heat is not just in the kitchen on Hustle & Soul! HollywoodLife is EXCLUSIVELY debuting the season 3 trailer, and it’s a doozy. The third season will premiere April 4 at 10 p.m. on WE tv. Chef Lawrence Page is going from Brooklyn to Miami with the Pink Teacup Villa, and the drama starts upon his arrival in The Magic City. Lawrence and his fiancee, Ana, experience some tension right off the bat. Their relationship is going to hit a few obstacles. “You can’t do this, Ana!” Lawrence yells at her. Ana remains calm, cool, and collected.

Plus, Thandi’s looking to stir up trouble with Lawrence. Is it completely over between them? This season is also going to feature some insane fights. From hair-pulling to water-tossing, Hustle & Soul season 3 is the definition of intense. At the end of the trailer, Thandi starts kicking Lawrence during a nasty fight! What the heck is going on?! Cola and Jon Jon also enter uncharted territory with their relationship — an open relationship! 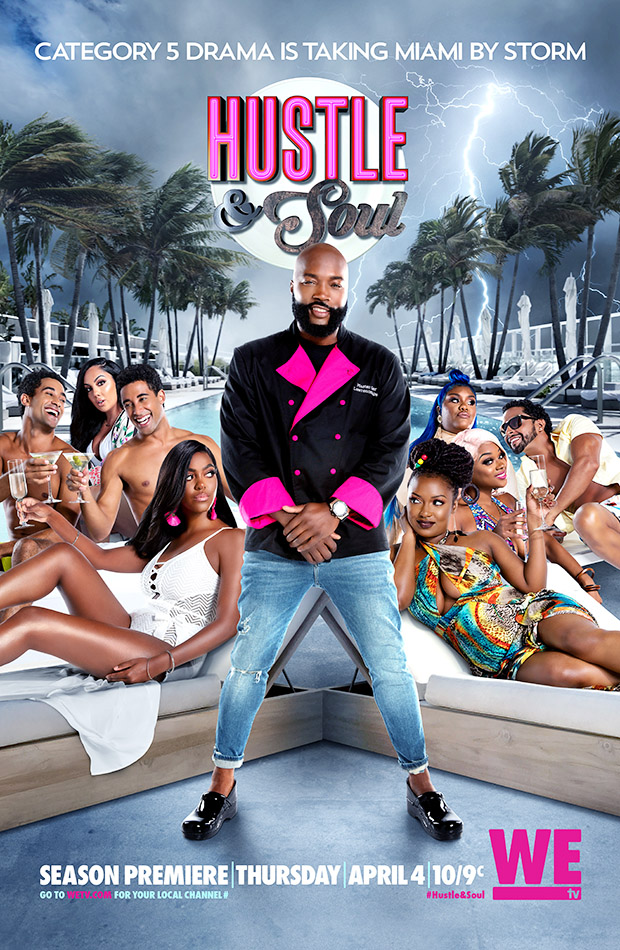 Here’s the synopsis of the third season: “The ten-episode third season follows Chef Lawrence Page navigating through the opening of his new restaurant in South Beach, where he will be vying for celebrity clientele and managing sexy new additions to his staff. But While Lawrence seeks to elevate Soul Food’s culinary status, his fiancé and restaurant partner, Ana Lavender, wants to serve soul food with some sass. Back in Brooklyn, Thandi is managing the original Pink Tea Cup restaurant…but are she and Lawrence keeping secrets about their relationship? When lines are crossed, and alliances are formed can he keep control of his staff and gain his coveted celebrity chef status…or will he lose everything?” Get your DVR cleaned out for Hustle & Soul!