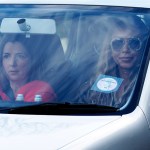 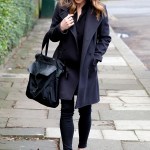 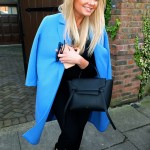 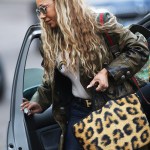 Emma Bunton is giving the people what they really, really want! The singer, AKA Baby Spice, just dropped a hot new solo single with a music video to match!

She’s heading out on the road with The Spice Girls this summer, but Emma Bunton is still making time for her solo career! The 43-year-old songstress just dropped a steamy new single, “Baby Please Don’t Stop,” and as if that wasn’t enough, a music video too! Her colorful new clip arrived on Feb. 27, and it’s the perfect representation of her song’s sensual lyrics! In the video, the hit-maker twirls and dances to her song in an array of different ensembles. At one point, she goes pants-less in a fuchsia tuxedo blazer, flaunting her fit bod!

The member of the English pop group has much more to come! In addition to her spicy new single, Emma is planning to release a full-length record. She’s already released the track list for the forthcoming album, entitled My Happy Place, and it’s a star-studded affair! The record is set to feature eight covers, including duets with Robbie Williams on “2 Become 1” by the Spice Girls, Will Young on “I Only Want To Be With You” by Dusty Springfield, and Emma’s husband, Damage’s Jade Jones, on “You’re All I Need To Get By.” “Baby Please Don’t Stop” is one of two original songs set to be featured!

Watch Emma’s new video above! And if you’re dying to see more of the singer, don’t worry. She’ll be making her rounds on her massive U.K. stadium tour before you know it, with Mel B, Melanie C, and Geri Halliwell at her side. For U.S. fans based on the other side of the pond, this reunion might even be worth booking a flight for!