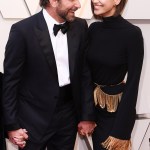 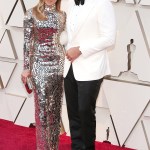 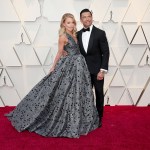 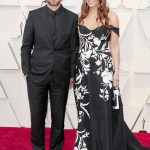 Rami Malek and his girlfriend Lucy Boynton stole our hearts with their sweet PDA during his first Oscar win on Feb. 24, and it turns out their passion is the real deal.

Rami Malek, 37, couldn’t help but passionately kiss his lady love Lucy Boynton, 25, in the precious moment he was announced the Oscar winner in the Best Actor category for his incredible work as Freddie Mercury in Bohemian Rhapsody, and it’s all because their year-long romance is better than ever! The two actors worked together in the critically acclaimed film and their professional relationship quickly turned into a romantic one by the end of filming.

“Rami is madly in love with Lucy, she inspires him daily,” a source close to the couple EXCLUSIVELY told HollywoodLife. “The pair have been together for about a year and first met on the set of Bohemian Rhapsody, which was incredibly romantic, intoxicating and sexy. He is totally into her and draws much of his inspiration as an artist from her. He felt natural and at ease acting and trading romantic scenes with her. He feels like it was the easiest thing in the world to work with her on that movie while falling in love. The whole experience was incredibly unforgettable for both of them.”

That close bond could have been threatened by the fact that they are often in different places, but it turns out they are actually embracing it and spend time in both locations! “They enjoy a romantic, international relationship and often split their time between her native Europe and his home in the states,” the source continued. “The Oscar win was the icing on the cake for a perfect year for Rami. Rami feels like he has been a winner since the day he first fell in love with Lucy.” Aw!

This definitely seems like Rami’s ultimate year. What’s better than an Oscar and true love? We can’t think of much!