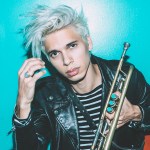 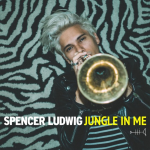 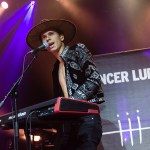 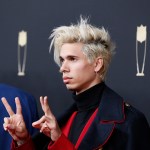 Spencer Ludwig is a force to be reckoned with! He whips out instant hits time and time again, & his latest is an upbeat anthem for the ages! Catch the premiere of ‘Jungle In Me’ right here.

Spencer Ludwig is taking a walk on the wild side! The singer-songwriter (and uber talented trumpeter) just released his latest single, “Jungle In Me,” and it’s the perfect representation of his undeniably free spirit! The musician EXCLUSIVELY told HollywoodLife about the track. “Sometimes it feels good to scream and yell. I think it’s really important to have a place to unleash that energy. ‘Jungle In Me’ is that place,” the singer said. “Working on this song unleashed something new in me and has also totally inspired me to create similar spaces in my new material,” he added.

The former Capital Cities member has been slaying the solo game since 2015, and he’s always ready to bring an eclectic mix of sounds to his music. “I’m also really excited about this record for it’s unique blend of genres,” Spencer told us. “You never really know what you’re going to get until you decide to stop working and consider the record finished, and by the time you’re done you’ve arrived at a totally new place from where you started. I was really inspired when I was writing this song with Sean Van-Vleet of NVDES and producer C4. The ideas were flowing. It was almost like a stream of conscience style of writing. As inspiration struck we put the ideas down and by the end of this highly inspired session we got ‘Jungle In Me.'”

The release of “Jungle In Me,” isn’t the only big news Spencer has! New York City based fans will be happy to know that he has taken up his very own residency in the heart of Brooklyn.  With his simmering dance moves and out-of-this-world vocals, Spencer plans on throwing an epic dance party once a month at The Freehold.

Listen to Spencer’s brand new track above!  And – if you are based in the Big Apple, be sure to catch his new residency. As Spencer said, ISSA PARTY!