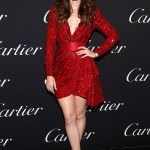 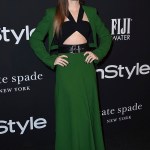 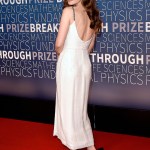 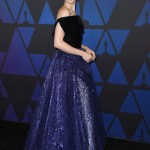 Ah, budding romance. Noah Centineo got his flirt on with actress Lily Collins via Instagram, & it has fans begging the question: is this a little harmless internet banter or are these two the real deal?!

We already knew that Noah Centineo, 22, and Lily Collins, 29, were the best of pals, but it appears their relationship might run deeper than that! If we didn’t know better, the pair could be headed towards a romance. Fans are already convinced that’s the case on account of some sweet flirtation on social media!  Lily jumped at the chance to leave a comment under Noah’s incredibly hunky Calvin Klein campaign photo on Feb. 19. In the pic, Noah is seen shirtless, relaxing in (you guessed it) his Calvins, with a towel slung over his shoulder. “I never look that good when I lounge,” Lily cheekily commented under the snapshot. Of course, Noah responded with an equally witty comment. “Oh please,” he responded, with a flame emoji. These two have no shame in their flirtation game!

The flirt fest didn’t come as a total shocker. They already had the internet talking thanks to their ultra believable portrayal of a real couple in ARTY’s “Save Me Tonight,” music video. The clip marked Noah’s directorial debut, but it also showed him getting close to his co-star in the visual! Between their onscreen work together, and IRL relationship, fans are totally shipping these two together! “okay but I so ship them so netflix give me a noah and lily romcom now pls,” one fan even wrote on Twitter.

If all of that isn’t enough evidence for you, just wait until you see the photo these two posted on Jan. 29. Noah took to Instagram with an adorable pic of Lily, himself, and…a baby! “Take a picture with our baby,” the caption read, proving that the baby clearly wasn’t theirs, but still – HOW cute would these guys be as an official family?!

Alright, alright, let’s not get too far ahead of ourselves seeing as these two have yet to confirm any news of official romance, but when they do, we’ll be sure to let you know!