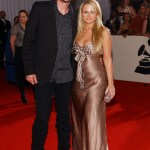 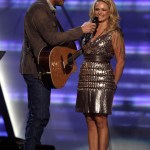 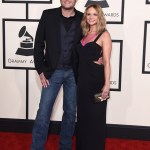 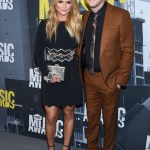 This NYPD officer not only swept Miranda Lambert off her feet, but has amazing footwork too! See Brendan McLoughlin show off his dance moves and six-pack, all at once.

Perhaps Miranda Lambert, 35, should consider employing her new husband Brendan McLoughlin as a backup dancer at the next gig for The Pistol Annies? Two throwback videos have surfaced of the NYPD officer, showing that he’s got the moves — and even went viral because of them (yes, before his wedding to the country singer was announced on Feb. 16). In the first video below, Brendan shook his pretty hips while showing off his impressive abdominals on a “boy’s only” trip to Ocean City, Maryland in July 2017, according to Daily Mail. The woman who filmed the sexy clip claimed that Brendan was then engaged to another woman, and his entourage reportedly joined her own to throw down for a bachelorette party!

But it was the second video of Brendan that bestowed him the viral “hot cop” title! While in uniform, the police officer did the “Cupid Shuffle” in the middle of NYC Pride in 2015. Once again, he wiggled his hips and showed he’s one with the beat — Shakira would be proud. Brendan’s affinity for dancing is helping us learn more about Miranda’s rather mysterious new husband, whom the world didn’t even know about before the nuptials! So far, we know that Brendan fathers a three-month-old child with Kaihla Rettinger, whom he was accused of cheating with while seeing his previous reported fiancée, Jackie Bruno, according to Us Weekly.

Brendan isn’t just a pretty face — Miranda is serious about her new man, as we’ve heard that both are ready for kids! “Miranda and Brendan both want kids. [She] never felt ready to have children until she met Brendan and now she’s excited to be a stepmom,” a source told Entertainment Tonight on Feb. 19, and we got our own source to chime in! “Miranda feels that she and Brendan would have gorgeous babies and she is excited to start her own family…He makes her feel safe and she feels ready to have her own babies at last,” a source close to the “Tin Man” singer EXCLUSIVELY told HollywoodLife.

Now, let’s take a moment of silence and enjoy the videos above. It’s no wonder this police officer once registered with Model Mayhem.