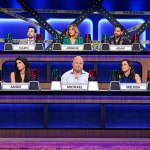 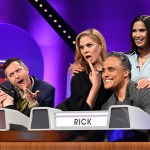 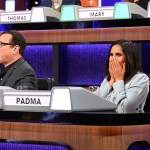 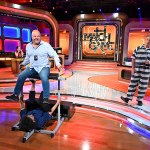 ‘Match Game’ is always an absolute blast. In this EXCLUSIVE preview of the all-new episode, Raven-Symoné and the other celebs joke about her hilarious misspelling! Watch now!

We’ve all been there! When you’re on the fly, sometimes spelling gets left at the wayside! Match Game host Alec Baldwin comes up to celebrity panelist Raven-Symoné for her answer, and she’s not exactly forthcoming. “It says next door neighbor, but I don’t think I spelled neighbor right. Because… I’m a millennial. I do spell check.” We feel you, Raven. When Raven shows her card, she quickly hides it so no one can see what she’s written. “You forgot the g, the h, all of that,” comedian Finesse Mitchell quips, which causes a stir of laughter. Regardless of the spelling error, Alec says it’s still a “sh***y answer.” Hey, Raven’s at least getting an A for effort! There’s never a dull moment on Match Game!

The celebrity panelists for the Feb. 20 episode also include actor and comedian Mario Cantone, Splitting Up Together star Oliver Hudson, Sydney to the Max star Caroline Rhea, and Difficult People star Julie Klausner. The contestants this week include: Jay Delgado (hometown: Wharton, New Jersey), Nancy Witter (hometown: Las Vegas, Nevada), Sharretta Benjamin (hometown: Washington D.C.), and Nora Saman (hometown: Hillsborough, New Jersey). The four contestants are vying for a chance to win $25,000 as they attempt to match the answers of six celebrities in a game of fill-in-the-blank. Match Game airs Wednesdays at 10 p.m. on ABC.

Raven’s hit Disney Channel show, Raven’s Home, was renewed for season 3 back in Nov. 2018. Production on the new season is currently underway and will premiere in 2019. Accomplished writer/producer Eunetta T. Boone has joined Disney Channel’s hit sitcom Raven’s Home as executive producer and showrunner for its third season.