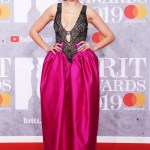 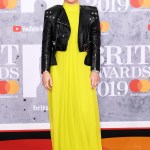 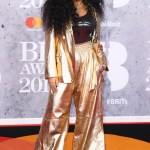 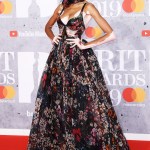 One word about Hugh Jackman’s performance at the BRIT Awards: WOW! The actor’s opening performance of the title song from ‘The Greatest Showman’ was so good that it gave us chills. Watch it here!

You saw The Greatest Showman, you loved the song “The Greatest Show” — now you’re seeing it live! Hugh Jackman opened up the BRIT Awards on February 20 with an incredible performance of his hit movie’s title track, and it was absolutely mesmerizing. Hugh, who played PT Barnum in the movie, traded the top hat and tails for a James Bond-esque silver suit jacket as the dancers wore sexy versions of his costume!

Hugh and his dancers were perfectly choreographed, and he was right in the middle of the madness! The audience lost their minds when acrobats flew down from the ceiling on ribbons — no Zendaya or Zac Efron, unfortunately. Near the end of the performance, BRIT Awards host Jack Whitehall appeared at the top of a human pyramid. Talk about showmanship. What a night!

We knew that this opening performance was going to bang after seeing Hugh’s behind the scenes footage that he posted online! In the clip, Hugh was in the middle of an army of dancers and dodging acrobats as they rehearsed in a giant dance studio. They were crushing that choreography and singing their hearts out — basically looking like JLo rehearsing for her Las Vegas show. It was so epic, and even cooler seeing the finished product as they took over the BRIT Awards.

Maybe the best part was seeing just how excited Hugh was to perform this number. He clearly had a blast filming The Greatest Showman, and that passion hasn’t died down. The dozens of other performers tonight at the BRIT Awards are going to have a hard time topping this number, even if it’s just the opener!