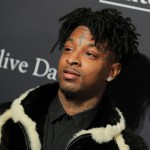 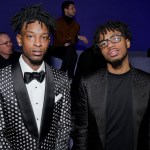 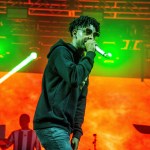 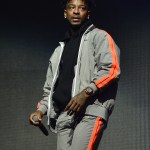 Mere days after he was released from ICE, 21 Savage turned himself into the police over an unrelated charge and his mug shot shows how this deportation nightmare has left him exhausted.

There’s no smile in 21 Savage’s mug shot, released on Feb. 19, but there’s no real reason for him to be happy. The 26-year-old rapper turned himself into the Liberty County Sherriff’s Department on Feb. 15 over a two-year-old arrest warrant involving a 2016 concert. 21 was booked on “theft by deception” and his picture was taken. Considering this photo came just two days after 21 was released from after spending more than a week in an, having spent more than a week locked up, no wonder he looks exhausted.

“He is trying to clean up his past as much as he can and rapper Jay-Z has been trying to help him,” Liberty County Sheriff Steve Sikes told the Coastal Courier. “The warrant is from some years ago and he went through the process and addressed the issue.” Lt. Chris Reed also added that while 21 Savage was being held in a detention center, “his attorneys contacted the sheriff’s office and made arrangements for him to surrender himself after he was released from ICE.”

21 has been accused of “theft by deception” by concert promoter Karen Smith, according to Hot New Hip-Hop. She claims 21 bailed on a 2106 concert and made off with $17k. She also claimed that 21 demanded to be able to carry a gun onstage – which she ultimately agreed too – but that he bailed because he was annoyed that the opening act ran long. Karen claimed 21 tried to get the venue’s DJ to cut the local rapper’s set shorter, but the DJ didn’t give in to these alleged demands. 21 then allegedly left without performing, and he’s now in this mess today. 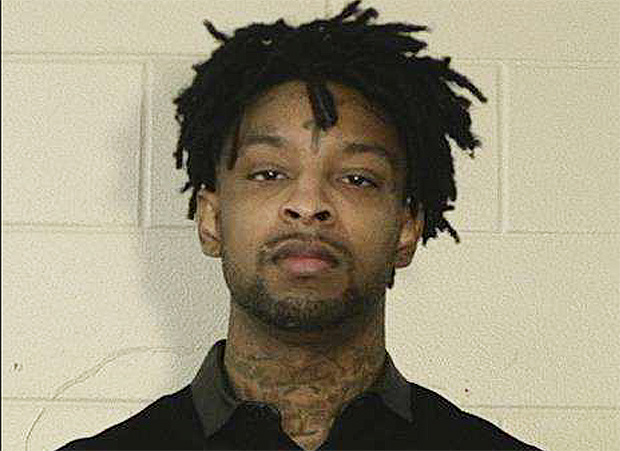 This “mess” includes possible deportation. 21 Savage (born She’yaa Bin Abraham-Joseph) was arrested on Feb. 3 and taken into ICE custody. For ten days, he was kept in an ICE detention center. “It really wasn’t jail,” he said when speaking with The New York Times for the first time since his release. “It was the possibility of me not being able to live in this country no more that I’ve been living in my whole life. All that just going through your head, like, ‘Damn, I love my house, I ain’t gonna be able to go in my house no more? I ain’t gonna be able to go to my favorite restaurant that I been going to for 20 years straight?’ “

“That’s the most important thing,” he added. “If you tell me, ‘I’ll give you 20 million to go stay somewhere you ain’t never stayed,’ I’d rather be broke. I’ll sit in jail to fight to live where I’ve been living my whole life.”

ICE claims that 21 Savage was a U.K. resident who came into the United States as a teen and overstayed his visa. 21 Savage, who has three children, claims that he never hid his status and applied for a U visa in 2017.

“It’s like, I got three kids, my mama, everything that I know is here in Atlanta,” he told the New York Times. “I’m not leaving Atlanta without a fight. We gon’ fight all the way till the last day even if that mean I sit in jail for 10 years.”