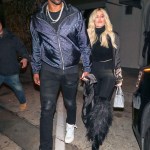 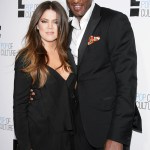 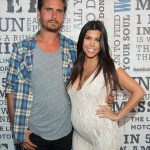 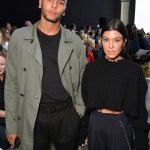 Khloe Kardashian, 34, seemed to be all good with Jordyn Woods, 21, on Feb. 17, just hours before she made headlines for allegedly PDA-ing with Tristan Thompson, 27. The Keeping Up with the Kardashians star left a sweet comment on Jordyn’s most recent Instagram pics, which showed a close-up of her flaunting braids. “Baby girl,” Khloe’s message read, indicating that she was just fine with the model up until that point. It wasn’t until later that night that Jordyn was allegedly making out with the father of Khloe’s 10-month-old daughter, True, at a house party and didn’t leave him until 7 a.m. the following morning, according to Hollywood Unlocked.

Although Khloe hasn’t directly commented on the messy situation, it was reportedly the last straw for the reality star, and caused her relationship with Tristan to end. Jordan hasn’t confirmed or denied the reports but her mom denied the hookup to RadarOnline. Tristan also publicly tweeted “FAKE NEWS” shortly after news of the alleged cheating went public, but he quickly deleted the tweet right after posting it.

If the news about Jordyn and Tristan is indeed true, it’s sure to make things extremely awkward not only for Khloe, but also for Kylie Jenner, 21, who has been best friends with Jordyn for many years. It was just a few months ago, in Sept., that Khloe and Tristan were even seen attending Jordyn’s birthday party while holding hands, so yeah, we’d say this whole thing is bound to cause some MAJOR drama!

We’ll be updating on this wild story as more info becomes available. In the meantime, we hope this situation somehow works itself out with everyone’s best interests in mind!