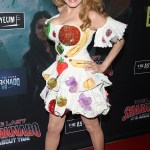 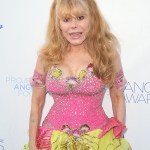 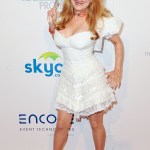 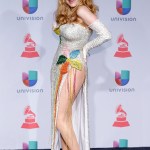 After reports of Charo’s husband’s death, the entertainer confirmed that Kjell Rasten ‘killed himself’ on February 18. She revealed the tragic news in a heartfelt note on Instagram on February 19. Read it here.

UPDATE: The LA County Coroner’s Office tells HollywoodLife EXCLUSIVELY: “The coroner case number is 2019-01375. The decedent is Kjell Florentin Rasten, DOB: 5/1/40, from Beverly Hills. He was pronounced at the hospital on 2/18/19 at 13:03 hours. Autopsy was performed today. The cause of death is a gunshot wound of head. The manner of death was certified as a suicide.”

ORIGINAL: Charo, 68, has confirmed that her husband of 40 years, Kjell Rasten committed suicide on Monday, February 18. — Just hours after reports surfaced that he had died unexpectedly. Charo posted a note to Instagram on February 19, which revealed the passing of her husband, who she admitted had been ill. Rasten was 78. HollywoodLife has reached out to a representative for Charo and Rasten, as well as police.

“Yesterday, Kjell, My husband of forty years and the love of my life killed himself,” she said. “There are no words to describe what we are feeling now. He was an amazing man, a great husband and the best father I could imagine to our son. He dedicated his life to loving and supporting his family.”

“In recent years, his health began to decline and he developed a rare and horrible skin disease called Bullous Pemphigoid,” she explained. “He also became very depressed. That, along with the many medications he needed to take, became too much for him, and he ended his suffering.”

Charo continued: “None of us had any idea this could happen to such a wonderful, kind and generous man,” she concluded.  “Please, if anyone you know and love is suffering from depression or illness, hold them close, tell them you love them with all your heart and that the world is better because they are in it. Get any help you can. Suicide is not the answer. Thank you all so much for you love and concern. Thank you.”

Our thoughts are with Charo and her family during this difficult time. We will continue to update this post as details about Rasten’s death are confirmed.