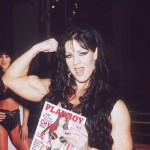 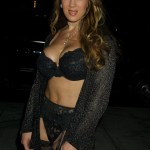 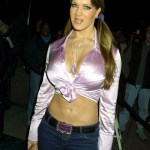 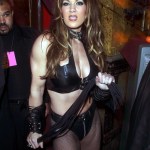 If you don’t know much about wrestling, you may not know why D-Generation X is such a big deal. Find out the 5 things you need to know about the wrestling stable inside!

Wresting group D-Generation X will be inducted into the WWE Hall of Fame on April 6, joining an elite group of wrestling icons. Check out five things you should know about the group – or the stable – below!

1. There were five different versions of the wrestling group! The group was founded in 1997, and its initial team of wrestlers consisted of Shawn Michaels, 53, Triple H, 49, and Chyna, who died in 2016 at age 46. The next iteration added members X-Pac, 46, Road Dogg, 49, Billy Gunn, 55, and Tori, 54, into the group. In total, the team has had five variations of what the wrestling stable looked like!

3. You may have heard of one of their catchphrases! “[D-Generation X] collectively helped bring crotch chops and ‘suck it’ into the pop culture mainstream during the peak of its powers,” ESPN reported.

4. Teammate Chyna was revolutionary in the field by being a woman “enforcer.” “It’d be tough to pick a female that was more impactful on the business,” D-Generation X’s Triple H told ESPN. “[Chyna] did something that was completely so out of left field that it wasn’t even being considered when we first brought it up for her to come in. It wasn’t even a consideration… it wasn’t an easy thing, and against all odds she did all of that. She earned everybody’s trust. She won over the fans. She won over the boys. She did all of it.”

5. However, there has been controversy that Chyna won’t be honored in the WWE Hall of Fame in her own right. There has been backlash amongst Chyna’s fans that the wrestler won’t be honored as a solo fighter, and instead with her stable posthumously. Hopefully fans will be able to appreciate Chyna’s honor, even if she is being included as part of the group instead of on her own.

Congratulations to the group on their Hall of Fame accomplishment!