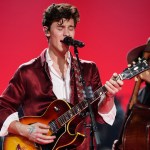 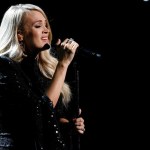 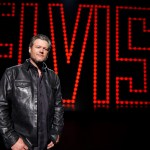 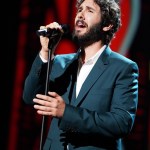 Miranda Lambert and the Pistol Annies wowed with an incredible performance of ‘Love Me’ during the ‘Elvis All-Star Tribute’ on Feb. 17. The ladies looked gorgeous in black dresses for the emotional performance!

Miranda Lambert, 35, and her Pistol Annies bandmates Ashley Monroe and Angaleena Presley performed a stunning rendition of Elvis Presley’s hit “Love Me” during NBC’s Elvis All-Star Tribute, which honored the 50th anniversary of the King of Rock’s 1968 comeback special. Miranda, Ashley, and Angaleena’s vocals sounded incredible together, just like they always do. The trio all wore pretty black dresses for the performance. This country music trio can do no wrong! Miranda’s ex-husband, Blake Shelton, hosted the special, but they didn’t appear to run into one another.

The special was actually filmed months before Miranda announced her surprise marriage to Brendan Mcloughlin. The special was filmed back in Oct. 2018, according to The Blast. The Pistol Annies announced they would be performing in Jan. 2019 via Instagram. Just one day before the special aired, Miranda posted two romantic Instagram photos from her wedding and wrote: “In honor of Valentine’s Day I wanted to share some news. I met the love of my life. And we got hitched! My heart is full. Thank you Brendan Mcloughlin for loving me for…. me.”

The wedding was a shock to everyone. No one even knew Miranda and Brendan were dating! On the same day she announced her marriage, Miranda and Brendan, who is an NYPD cop from Staten Island, were spotted out in New York City together in their first public outing as a married couple. They were holding hands, and we even got a look at Miranda’s gorgeous solitaire diamond engagement ring. The past few months have been a whirlwind for Miranda, and we couldn’t be happier for her that she’s found the love of her life!