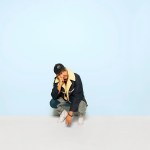 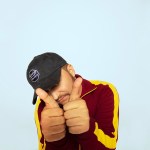 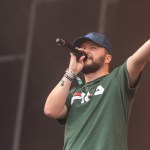 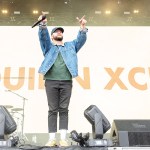 Breakout artist Quinn XCII just released his sophomore album! Before the singer-songwriter takes off on a world tour & hits all the hottest festival stages this summer, we caught up with him for an EXCLUSIVE chat!

Quinn XCII has a lot to celebrate this week. On the same day that he kicks off his headlining world tour (with a TON of shows already sold out), the Columbia Records singer-songwriter is releasing a brand new album! From Michigan With Love hits streaming services on Feb 15, and the album contains 12 songs of infectious melodies crafted to perfection. However, peel back the layers of Quinn’s work, and there’s a deeper message to be found within his pop-centric rhythms. Yes, his songs are full of quirky, feel-good fun, but they also hold messages of anti-bullying, reminiscence on lost love, and touch upon anxiety. With his follow-up to his debut, The Story of Us, Quinn has definitely learned to avoid the sophomore slump!

Now, the Detroit native is prepping for his massive tour, with a few extra special shows lined up on the side. Quinn will be hitting the festival circuit in 2019, including both Electric Forest and Bonnaroo! As he readies to hit stages across the country, Quinn EXCLUSIVELY told us all about his new album, his dream collab, and why this record proves to be “different” than his last.

From Michigan with Love marks your sophomore record. Would you say it’s going to be different from you first record?

Yeah, I would say it’s definitely different from my first record in the sense that I’m really trying to push the topic and conversation of mental health with this album, and a lot of the music speaks on just anxieties and even depression that I’ve gone through in the past.

I’m venturing in different directions genre wise, and just trying to push the boundaries of my taste as a musician and also challenging my fans views of it too. But yeah, I’m real excited about just kind of show fans the next chapter of where I want to go and create!

Amazing. Do you have a really strong sense of hometown pride would you say? Why that title?

Yeah. I think that my hometown is embedded in me and being from Michigan and the mid-west in general I think travels with me wherever I go. I try and wear that on my sleeve as much as possible and not lose track of where I came from, and stay tuned with those roots that I have, because I think that’s really important and makes me not get too ahead of myself.

Do you have a favorite track from the record?

Yeah, I think my favorite track is always tough because I look at songs and I have a connection to the whole album obviously, but I would say the most I’m excited about is this track called “U & Us.” I’m excited about it because it’s different in the sense that it’s more guitar based. It’s an acoustic record like a folk song. Something I’ve never really showed fans this side of me before, but also just a really sentimental song.

I know that at your release party you said “Life Must Go On” kind of ties the album together. Can you tell me about that?

Yeah, totally. Life must go on which is produced by Jon Bellion, who I’m a huge fan of, and now somewhat friends with I would say, which is cool because I got to work with him and he’s under the same management group as me. It’s cool to share music with someone who I’ve looked up to for a long time. It’s really a super humbling experience. He produced the record as well.

That’s amazing! Is there anyone else that you are dying to work with in the future?

You’re hitting a ton of festivals this year! Is there one you’re most excited for?

I’m excited for any festival I get to play, I’m always real excited about that because it’s just such a cool atmosphere to be in front of people who are there to have a good time. It’s very positive. Probably for me though, it’s Electric Forest which is held back home in Michigan where I’m from. More than that it’s like a notorious electronic festival that has…It’s basically set in the middle of a forest, hence the name, so everything is lit up at night time and it’s just from what I’ve seen and some friends that have gone there, I guess it’s the most surreal place to go watch music!