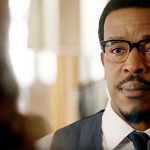 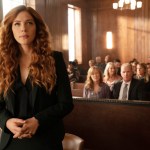 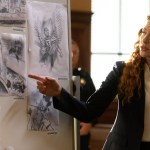 ‘Proven Innocent’ started out with a bang. HL spoke with EP Danny Strong about what’s next. From finding Rosemary’s killer to exploring Madeline and Levi’s lives after prison, season 1 is just getting started.

Proven Innocent is one of the best new dramas on TV. Madeline Scott is a lawyer determined to seek justice for those who need it. Why? Because she and her brother, Levi, were wrongfully convicted of her best friend’s murder. Gore Bellows helped send Madeline and Levi to jail for a crime they didn’t commit. But if Madeline and Levi didn’t kill Rosemary, then who did? That’s what Madeline wants to find out.

HollywoodLife spoke EXCLUSIVELY with executive producer Danny Strong at the Television Critics Association winter press tour about the big Rosemary mystery. Plus, he spilled scoop on Madeline and Gore’s face-offs this season and how Madeline and Levi will be trying to adapt to life after their wrongful convictions. Check out our Q&A below.

What inspired you to help create this show?
Danny Strong: Well, it started with an idea from David Elliot. He came to me and said, ‘I want to do a show on the Innocence Project. Do you want to do a show on the Innocence Project?’ And I had just seen the Amanda Knox documentary on Netflix — it enraged me. I literally was screaming at my TV. I just couldn’t believe the injustice of her case, so I said, ‘Yeah, let’s make her someone who’s been wrongfully convicted. And then she got out of prison and is now a lawyer, and then we could do a murder mystery of how she got into prison.’ He said that he immediately took to it because it was true to life, that a lot of people that have been wrongfully convicted have to be their own advocates to get out, and then they become wrongful conviction attorneys when they get out. So it just seemed really truthful to the world, and I thought what an amazing opportunity if we can get this on the air to shine a light on injustices in our justice system, and to be able to do it in a weekly mainstream entertainment just seemed so exciting to me, and it’s subversive to be able to do that in such an entertaining way.

Madeline and Levi’s lives are polar opposites in the present day. Will the show explore how they got to certain places and how Levi went one way and she went the other?
Danny Strong: Absolutely. It’s very much a consequence of people that have been wrongfully convicted and then get out of prison, or just prisoners in general. You see different paths they go on, and Madeline thrives. She came out of prison on fire: went straight to law school, right? Whereas with him, he’s been broken by what happened to him. Simultaneously, she lost her twenties, so she’s very awkward and doesn’t know how to date and doesn’t know how to do things that people that got to do in their twenties do. Both of them will be discovering the life that was taken away from them.

In the premiere, Gore is the big bad guy. He’s the one that had Madeline and Levi convicted. Are we going to see a more human side of him over the course of the season?
Danny Strong: Definitely. You’ll see he’s the hero in his story for him, right? And we’ll see the story of ‘the prosecutor’ and what they go through and how they feel like they are fighting for justice. They’re fighting to give justice to the people that have been victimized by criminals. There are criminals; people do commit crimes, right? Not everyone in prison has been wrongfully convicted, so it’s his job to protect the city, and maybe sometimes he crosses the line in order to do it. So we’re going to definitely get that point of view, and he’s running an attorney general campaign, so we’ll see what it means as a candidate versus a lawman, and when you have to compromise your values for politics.

At the end of the episode, Levi tells Madeline that he was in a relationship with Rosemary. How far is she willing to go to protect her brother and protect herself?
Danny Strong: It’s very interesting, right? It’s very gray. Going into the season, when you end this first episode — did Levi do it? Did he not? And that’s something that we’re going to see over the course of the season. He’s definitely a suspect.

Will we see Madeline and Gore face-off outside of the courtroom, or will most their sort of showdowns be in court together?
Danny Strong: Both. We can’t have them go to court against each other every week. That’s not realistic. But they will. There will be some court intersection, but Madeline’s determined to sink his AG campaign, so she’s going to back the other candidate. There’s going to be some politics as well.

Is Ezekiel Madeline’s rock and will we learn more about him?
Danny Strong: Yes, definitely. We explore his life, too, and his family life. He’s very religious and some of these cases are going to conflict with that. It does come up in some of the cases that he’s uncomfortable with, and then some of the cases you’d expect him to be uncomfortable with and he’s like, ‘I don’t care.’ We’ll explore his family life and what wrongful conviction does to families and how painful it is and just how hard it is to go home to your family. You don’t want to talk about the case because the case is so painful.