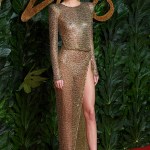 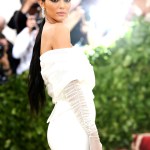 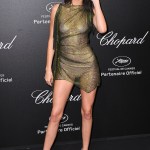 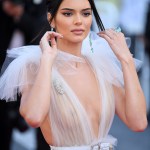 When Kendall Jenner appeared on ‘The Tonight Show’ Feb. 14, she dressed for Valentine’s Day in an adorable red and pink ensemble. Check out her amazing look here!

Kendall Jenner isn’t afraid to make risky fashion choices, even when she’s filming a talk show! During her Feb. 14 appearance on The Tonight Show with Jimmy Fallon, the supermodel wore a super teeny skirt, which put her insanely long legs on full display. The skirt had a matching red and pink crop top, which revealed a slight portion of Kendall’s abs as she chatted with Jimmy Fallon. She covered the outfit up a bit by wearing a red blazer on top, completing her Valentine’s Day-themed look to perfection!

For her beauty look, Kendall slicked her hair back into a tight ponytail, which cascaded down her back. She also wore gold, statement earrings, along with blush-colored eye-shadow and a light pink lip. The 23-year-old chatted with Jimmy about her niece, Stormi Webster’s, epic first birthday party, which she unfortunately missed out on because she was away in New York for Fashion Week. She also talked about her eating habits, and admitted that Stormi’s mom, Kylie Jenner, is much weirder when it comes to food than Kendall herself.

It’s unclear how Kendall spent Valentine’s Day evening, but she was definitely boo-ed up with her man, Ben Simmons, in the days leading up to the holiday. On Feb. 13, she attended his basketball game against the New York Knicks at Madison Square Garden, and afterward, they were photographed holding hands while enjoying a night out in the Big Apple. 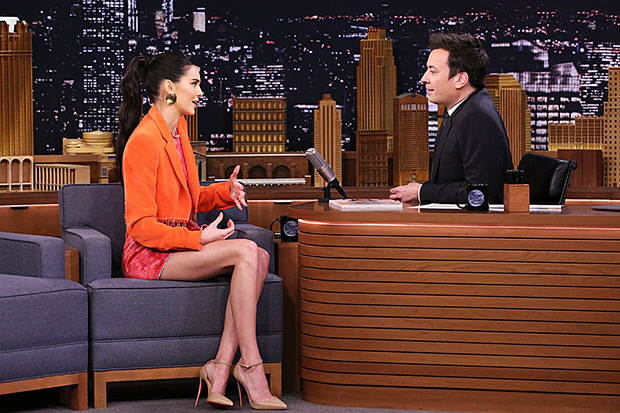 Kendall is admittedly very private about her love life, but she hasn’t been shy about showing Ben off in recent weeks. She even verbally confirmed their relationship for the very first time during an interview with Ellen DeGeneres earlier this week! Hopefully these two will get some more quality time together once the basketball season ends at the end of spring!