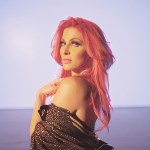 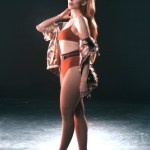 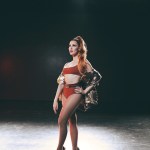 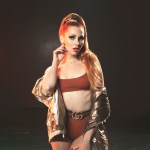 Hot on the heels of ‘Dumb Blonde,’ the song she wrote with Avril Lavigne & Nicki Minaj, Bonnie McKee’s own smash, ‘Lonely For You,’ dropped, with a sexy video to match!

Celebrity songwriter Bonnie Mckee, 35, knows her way around penning an absolute bop. After working with the likes of Britney Spears, 37, on “Hold It Against Me,” and Katy Perry, 34, on a slew of smash hits, (“California Girls” anyone?) she’s solidified her status as a hit-maker. Now, she’s releasing a song and video of her own, and she teamed up with Dutch legend Armin van Buuren to do so! Their new video for “Lonely For You” dropped just one day after Valentine’s Day, and those who need to recuperate from the romantic holiday will instantly love the breakup bop.

The song and video feature both stars, who team up to deliver the electric anthem. Bonnie looks drop-dead-gorgeous in the clip, which she admits was shot in a bit of a hurry. Despite it being last minute, her wardrobe was flawless! The singer revealed to HollywoodLife that she arrived on set with multiple suitcases full of clothes, and clearly, she picked out the right ensemble! In a red, Gucci bra top and matching bottoms, she belted out the track to perfection and looked amazing the whole way through.

Before her song with Armin hit streaming services, Bonnie caught up with HL to share EXCLUSIVE details behind the track, and all of her on-set memories. Be sure to watch the stunning new video, and catch our chat with Bonnie herself below!

What vibe were you going for with “Lonely For You”?

“Lonely For You” is a song about the difficulties of moving on from someone. You can go through the motions and start to forget them, but in the still of the night that loneliness can creep up on you. It’s for all the broken-hearted people out there who are fighting so hard to move on from something, but also acknowledging that we’re all human and it’s ok to not be ok sometimes.

Can you tell us anything special about your wardrobe, or any fun stories from the set that day?

The shoot was kind of last minute and the stylist and I kept missing each other with the time difference, so I panicked and ended up bringing 3 gigantic overweight suitcases for a literal 48-hour trip! Haha! But, it turned out she had so much cute stuff so we did a nice blend of both of our pieces!

How did you decide your looks? Any fun stories from the set that day?

I brought a ponytail piece but my hair color had recently changed, so I was up till 4 in the morning dying my ponytail in the shower at the hotel and brushing it, drying it…it was an all-night ordeal. But I HAD to have that megaphone! And it was worth it!

How did you end up collaborating with Armin van Buuren? What was it like?

My friend and co-writer Eden brought me in on the session. We all immediately had chemistry! I put down a scratch vocal just as a songwriter, expecting Armin to put another artist on the track, but he ended up keeping my vocals on it and I was psyched!

Where did you shoot the music video? What was the inspiration for the shoot / what were you looking to create?

I shot my portion of the video in Amsterdam on a snowy day. Armin flew me out just to shoot for the day, and he even picked me up from the airport and carried my bags for me! He is such a lovely guy and was very easy to collaborate with. He let me give a lot of input on the structure and production of the song, and was very polite when I had five million mix notes. Haha!

What did you enjoy the most at Grammy’s this year? What was the most exciting moment from the red carpet?

I watched Cardi B walk in in that seashell dress and died! She is so gorgeous and fabulous and gives zero f**ks. I love that about her!