New couple, Blac Chyna and Soulja Boy, celebrated Valentine’s Day 2019 together with a shopping date — and he even got a little handsy as cameras snapped photos of them! See the pics here.

Blac Chyna and Soulja Boy are not holding back from flaunting their hot new romance. The pair hit up Saks Fifth Avenue for their Valentine’s Day date night, and he had his hands all over her! With paparazzi and fans surrounding them, Soulja Boy carefully protected his woman by resting a hand on her backside to lead her through the crowds. She put her figure on display in a pair of skintight back leggings and a black, studded leather jacket for the evening out, while he rocked a white and red tracksuit. Soulja Boy also uploaded a photo of the two in his car to Instagram with the caption, “Happy Valentine’s Day.”

Things are certainly heating up quickly for these two! After all, it’s been less than a week since they were first linked romantically after attending a Grammys party together. The new lovebirds reportedly got together after sliding into one another’s DMs, then finally meeting up in person, according to a recent report from TMZ. However, HollywoodLife has heard EXCLUSIVELY that Soulja Boy and Chyna actually aren’t dating at all — and that he’s just acting like they are as a dig to her ex, Tyga, who he’s recently been feuding with!

The drama between Soulja Boy and Tyga started with them arguing over who had the biggest comeback of 2018. “Soulja Boy is trying to create drama with Tyga by putting it out there that he’s dating Blac Chyna,” a source told HollywoodLife EXCLUSIVELY, adding that the singer has actually been dating Summer Bunni throughout 2019! “Soulja is keeping his relationship with Summer on the low, since he wants to keep promoting his relationship with Chyna to upset Tyga.” 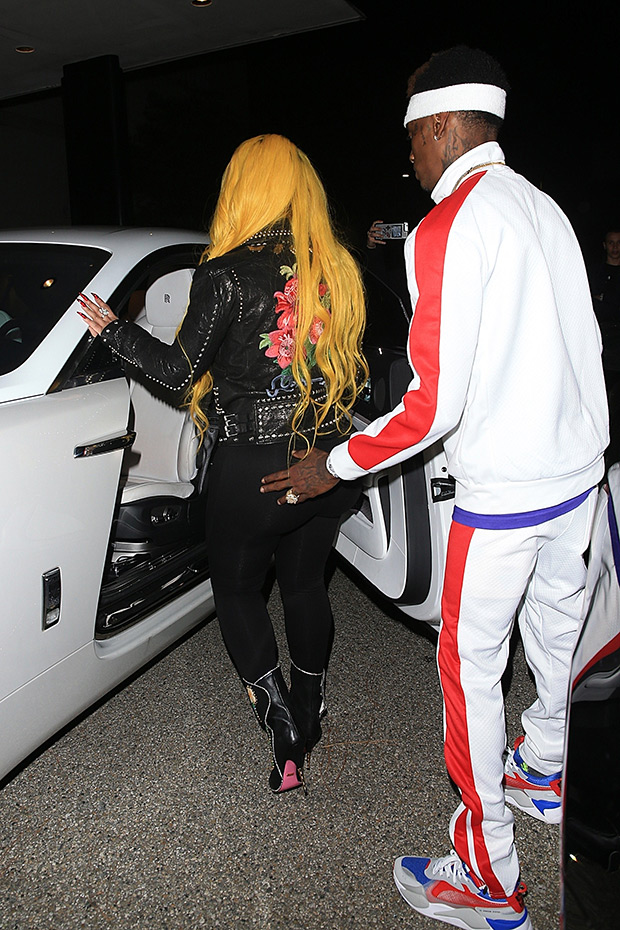 Naturally, Summer is pretty upset by her man’s decision, according to our source. “She feels they are in a committed relationship,” the insider explained. “But she is conflicted with the recent events.” Well, she certainly won’t be pleased to see these Valentine’s Day pics!