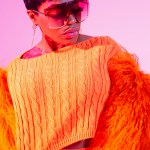 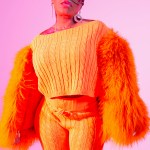 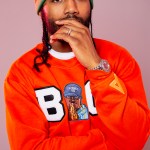 ‘Marriage Boot Camp’ star Karl Dargan praised the series during an EXCLUSIVE interview with HL, as he revealed how Dr. Ish and Dr. V helped him overcome a childhood trauma.

For those who have been watching Marriage Boot Camp: Hip Hop Edition over the last few weeks, it won’t come as a surprise to know that Lil’ Mo, 40, and her husband of four years, Karl Dargan, 33, have had their fair share of relationship issues over the course of their romance. But the series’ doctors, Dr. Ish and Dr. V, played a pivotal role in helping them navigate through some pain they were experiencing. And for Karl, specifically, that pain was a result of him witnessing his cousin getting killed. However, until filming the series, he had no idea how much the traumatic event was affecting him. LISTEN TO THE FULL PODCAST INTERVIEW HERE!

Lil’ Mo also told us how the event affected their relationship. She said, “You don’t realize if your partner [is hurting over something from their past]. I was [also] still healing from [something], and I didn’t realize that I was.” She then added, “Some things that you blame your spouse for, is just like, you’re walking around with that hurt that you never healed from, but that’s the purpose of being in a relationship. I shouldn’t have to walk around with the pain from previous marriages. I should share some of that with him, and then release it, and he should be able to take what he learns from me and not throw it against me like, ‘Oh, well that’s why you can’t keep no man, that’s why you was married all the time. Every time I turn around, you got a husband.’ Then, I have to tell him, ‘Stop turning around then.’ You’re not supposed to take what hurts and throw it back at the person. That doesn’t make any sense. So they taught us a lot. More than I anticipated.”

Karl seemed to share Lil’ Mo’ sentiments, when he told us, “Man, [the doctors] got me.”
To see Lil’ Mo and Karl’s story further unfold, watch new episodes of Marriage Boot Camp: Hip Hop Edition every Thursday at 10pm on WE tv!