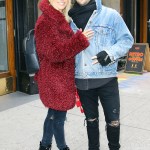 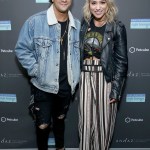 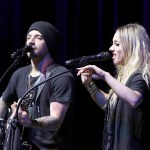 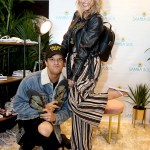 HollywoodLife has the EXCLUSIVE first look at Mark Ballas and BC Jean’s new ad for PETA, in which they urge viewers to adopt animals by sharing their own positive experience with the process. Watch here!

Mark Ballas and BC Jean want you to adopt, not shop! The happy couple is spreading the super important message in a new ad for PETA, and HollywoodLife has the very first look at their commercial. In the clip, Mark and BC show off their own dog, Hendrix, and share the story of the life they created together. “Hendrix was our ring bearer on our wedding day,” BC explained. “He did a little bark during my vows at the perfect moment. He got my humor. And we didn’t plan this, but after we said I do and walked back down the aisle, he led the way! It’s like he knew we were one big family and it was official.”

The couple is part of a musical duo called Alexander Jean, and Hendrix is no stranger to hitting the road with them on tour. “He’s there when we’re practicing, he’s in the dressing room. He’s just one of those dogs that wins everbody over,” Mark gushed. “He’s got this energy — an old soul. There’s something about the look in his eyes.” After dishing on their own success story with animal adoption, Mark and BC went onto urge others to do the same. “If you want to save a life, if you want to make a real connection and friend for life, adopting is the way to go,” Mark explained. “It will change your life.”

BC added that “there’s so many animals that have no home,” that adoption is a better option than “supporting something that’s breeding just to make money.” They concluded their message my assuring viewers that it’s definitely “worth it” to take the adoption route. 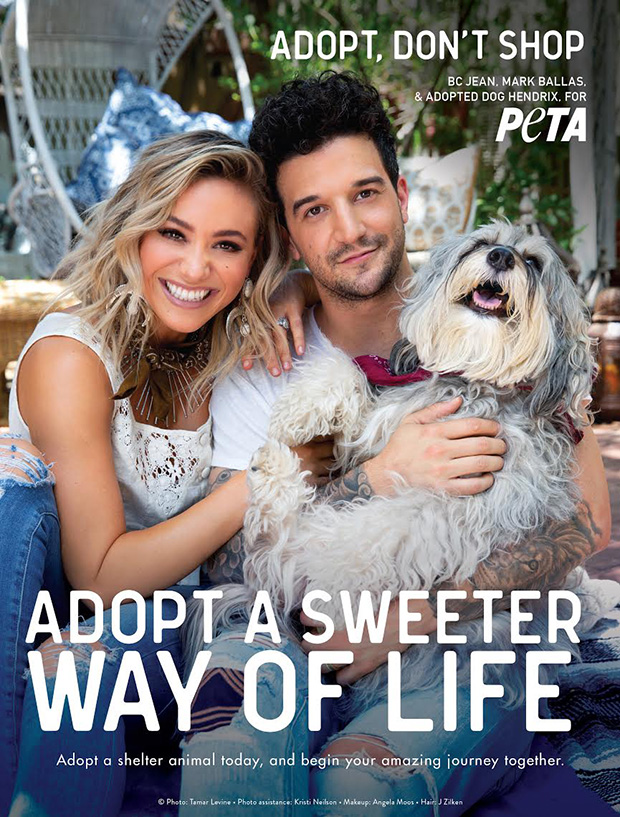 Mark and BC join a long list of celebrities who’ve supported PETA over the years, including Joanna Krupa, Jordan Fisher, Carrie Ann Inaba, Sharna Burgess and many more!