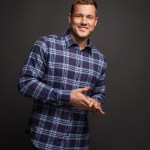 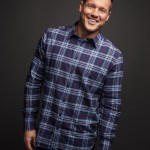 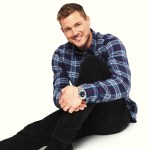 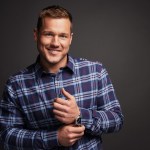 Colton Underwood was forced to leave a fan meet-and-greet at a charity event after the ‘Bachelor’ star felt violated by some people. An eyewitness explained the ‘crazy scene.’

Like anyone, Colton Underwood, 27, has personal boundaries. The Bachelor star felt those were crossed as he greeted fans during a San Diego event for his Legacy Foundation on Feb. 13, which promotes research and resources for cystic fibrosis. “I’m sorry if you didn’t get a picture at the event last night, but at one point during the event I was grabbed and touched inappropriately while people were throwing cameras in my face,” Colton wrote in an Instagram Story posted on Feb. 14, according to People. “I am the type of person who would have stood in line for hours to make sure anyone who supported the event got a picture, but once that happened I had to do what was best for me as a human being.”
The ABC star explained that he didn’t “sign up to be a piece of meat or a zoo animal,” reminiscent of Justin Bieber’s message to fans amid his Purpose World Tour in 2016. We talked to an attendee from Wednesday’s charity event, who told his side of the story of what made Colton up and leave. “Colton was at a charity event for cystic fibrosis where he was mobbed by all these girls carrying roses and drinking rosé. Most everyone at the event was enjoying themselves, tossing back glasses of wine as Colton did his best to take selfies with everyone,” the eyewitness EXCLUSIVELY told HollywoodLife. “But as the crowd continued to drink, the girls got out of hand quickly.”
And here’s where the event went downhill: “Colton was being physically groped by the women in the crowd so he stormed out of his event,” the attendee claimed. “While he was angry, he did his best to remain cheerful as he fled the scene. But it was clear that he was also annoyed and upset.” And according to our source, it wasn’t the first time that day Colton dealt with an unruly crowd.
“Earlier in the night, Colton was swarmed a bunch of times by the women in the crowd,” the eyewitness added of what happened inside Mavericks Beach Club, where the event was hosted. “He was chased around the multi-room, large venue, many times and so he had to retreat to get away from the crowd into a VIP area. He was being chased all night by swarms of women, mobbed by girls with roses. At one point the girls downstairs were chanting his name, ‘COL-TON, COL-TON!'” It appears that much of the frenzy was alcohol-fueled, as our source noted, “The bar was also passing out free drinks for girls dancing seductively for Colton. There were tons of roséd-up girls trying to tempt the ‘Bachelor’ and lure him in. It was a crazy scene.” As HollywoodLife wasn’t personally at the event, this is just to be read as an eyewitness account.
“Bachelor Nation” alumni Becca Kufrin, Garrett Yrigoyen, Blake Horstmann and Tanner Tolbert were also reportedly at Colton’s charity event, according to TMZ, and the outlet published photos of Colton mingling with fans. Before yesterday’s fiasco, Colton EXCLUSIVELY spoke with HollywoodLife to explain how his connection with Bachelor star Cassie Randolph, 23, is more than just “physical” — read the full interview!