‘RHONJ’ fans continue to question why Teresa Giudice goes to bat for Danielle Staub, when the other housewives keep warning her that Staub can’t be trusted.

There’s no beating around the bush when it comes to Teresa Giudice. The Real Housewives of New Jersey star, 46, tells it like it is, and that’s exactly what she did when we asked about her tumultuous friendship with former RHONJ cast member, Danielle Staub, 56. Danielle, who was a regular cast member in seasons one and two, is a featured friend of Teresa’s on this season (9) of the hit Bravo show. If you’ve kept up with RHONJ (every Wednesday at 9 PM ET) you’ll know that Teresa has stood by Danielle through thick and thin, even when some of the other housewives have not.

So, why has Teresa stayed so loyal to Danielle, who she conveniently reminded us that she flipped a table on in season one — a scene that’s gone down in Bravo housewives history as a true iconic moment. A recent report, which Teresa brought up to HollywoodLife — during an exclusive interview at Urban Skin RX‘s Galentine’s Day Spa Party in New York on February 5 — suggested that Danielle had “dirt” on Teresa, which is why Teresa remained friends with her on the show. However, that’s not the case.

“I just saw an article that was out recently. It said, ‘What does Danielle have on Teresa? Is that why she’s having her back?’”, Teresa explained, confirming that Staub “does not have anything on me and she’s been nothing but nice to me.” Teresa went on to explain that during this season, she’s simply been reciprocating the same behavior back that she’s received from Danielle.

“And, when someone’s nice to you, how can you backstab them and be mean to them, for what? Just for ratings? No, I’m being true. She’s been true to me and I’m being true back to her. She’s been nothing but a sweetheart. So, why should I be nasty to her just because somebody else doesn’t like her? Until she does something to piss me off — I’m sure she doesn’t want me to flip another table on her! I think I’m keeping it real. I’m not gonna jump on somebody else’s bandwagon just because they don’t like her, that’s on them.”

Teresa admitted that her loyalty to Danielle stemmed from her support during some of the hardest times in her family life. “And, I have to say, when my mom was sick in the hospital for three months, since the day she got sick and then went to rehab, you know, I never thought I’d lose her — the whole three months, Danielle texted me every single day, asking how my mom was doing — like every single day,” Teresa recalled. “I’m just saying, she didn’t have to do that. That means a lot, you know? Even with my dad, she’ll ask how he’s doing.”

As for if she’d like to see Danielle return to the show as a full time cast member? — “Yeah I would,” Teresa said with confidence. “I think she’s pretty amazing! Some of the comments that people say, they’re so nasty, it’s so sad. I just think she’s great TV!” 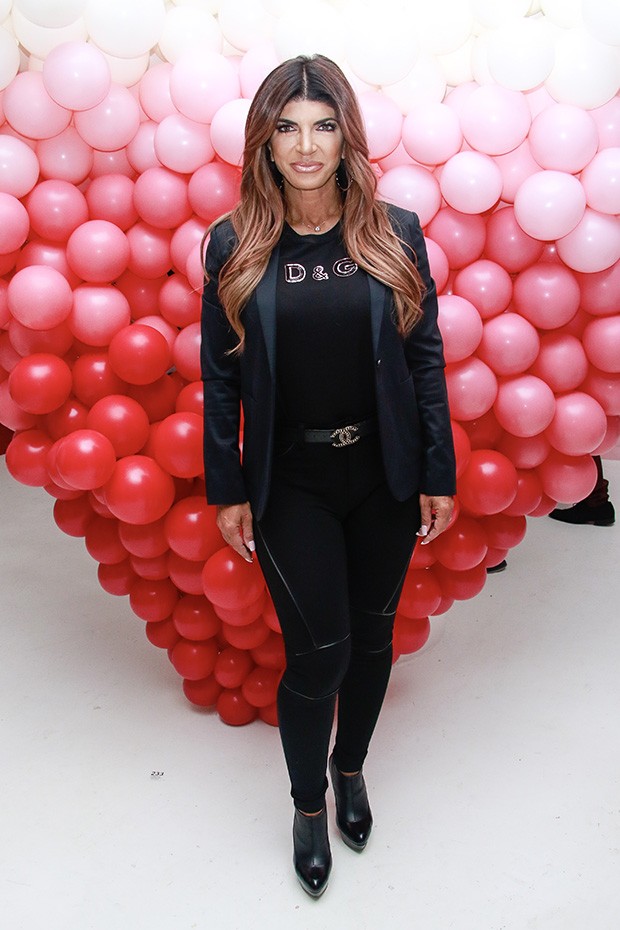 Andy Cohen recently teased that Teresa “came in hot” during the season 9 reunion show, which airs part one of three on February 20. When we asked Teresa about his comment, she replied: “I don’t know what he meant! Did I come in looking hot? [laughs] … I mean, I guess I was coming in hot, so you’ll have to tune in to see how hot I really was!”