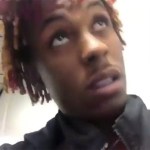 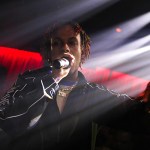 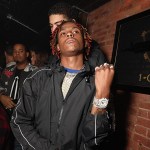 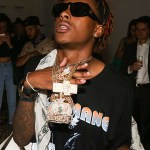 How terrifying! Usher and Rich the Kid were both recording in a West Hollywood studio when a gunman allegedly attacked Rich’s entourage in broad daylight with multiple gunshots fired. We’ve got the details.

UPDATE #2: On Feb. 13, Usher took to Instagram to tell his fans that he’s “all good”. He said, “Still believin everything y’all read? All good 🙏🏾 Me and my crew safe. Thank you for checking up though.”

UPDATE #1: Usher left the studio at approximately 8:45pm PST. He didn’t have anything to say when asked about the incident by TMZ. Rich’s rep told the site he’s “doing okay” after the incident, which involved his entourage and not any of Usher’s crew.

ORIGINAL STORY: This is so scary! Usher and Rich the Kid  both hit up West Hollywood’s famed Westlake Recording studio on Feb. 12 when Rich’s entourage was allegedly violently attacked by at least one gunman. TMZ reports that several men with guns stormed multiple associates of the 26-year-old musician, badly pistol whipping at least one bodyguard before firing up to 10 shots as the suspects were running away from the scene. Fortunately no one was hit by the bullets. The WeHo Sheriff’s department units have flooded the scene to investigate. The site reports that while Usher was safely inside the studio at the time of the attack, and that Rich the Kid appeared to be the was the target and was outside when the terrifying mid-afternoon incident went down.

Nicole Nishida, Civilian Public Information Officer for the LA County Sheriff’s Office tells HollywoodLife.com, “I can not confirm that Usher was involved but I can confirm that at approximately 3:27 today at a location on the 7200 block of Santa Monica blvd multiple suspects allegedly robbed victims at a local business and shots were fired.” TMZ reports that “the suspect or suspects made off with a ton of cash and jewelry.” We’ve reached out to Usher and Rich the Kid’s reps for their response to the attack.

Just four hours before the violent incident, Rich was flaunting his wealth on Instagram. In a pic standing in front of a purple Lamborghini he was seen holding multiple stacks of cash in his hand and had numerous diamond and gold chains around his neck and bracelets on his wrists. He captioned the pic “For motivational purposes only,” so who knows if it motivated someone to come for those wads of money and bling. Its definitely an odd coincidence. You can see the photo here.

Rich — real name Dimitri Roger — was the victim of an alleged home invasion robbery in June of 2018 that left him hospitalized. He was staying with girlfriend Toni Brixx at her Los Angeles on June 14 when per TMZ two masked men stormed the house and demanded cash and jewelry. Rich apparently tried to fight them off, and that’s when three other men armed with guns reportedly stormed in, beat up Rich and took a “significant amount of cash and jewelry.” Rich later posted an Instagram pic from the hospital wearing a neck brace, and breathing through an oxygen tube. The LAPD investigated the crime but no arrests were made.

The recording studio is right on busy Santa Monica Boulevard and the brazen attack happened in broad daylight. Westlake Studios has been used by other artists to record music over the years including Madonna, Justin Bieber, Justin Timberlake and Rihanna.