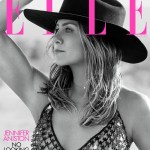 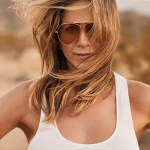 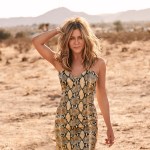 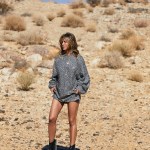 Although they divorced in 2005, Brad Pitt and Jennifer Aniston reunited at her 50th birthday party in LA on February 9! But, why was Brad invited and why did he attend? A new report claims to have all the answers!

It was almost as if time had stopped when Brad Pitt, 55, showed up to Jennifer Aniston‘s 50th birthday party at Sunset Tower Hotel in LA on February 9. The former spouses, who were married from 2000-2005,  were reunited over the weekend, despite divorcing over a decade ago. But, why? — Pitt “wanted to support” Aniston, a source tells Entertainment Tonight, adding that the exes have “been friendly” in the years following their split. HollywoodLife reached out to a representative for Brad Pitt, who had “no comment.”

Aniston reportedly had her ex-husband added to the star-studded guest list weeks before the big bash. And, Pitt, who happened to be in town, happily chose to attend Aniston’s milestone birthday, according to the report. “He came to support her, spoke to other friends of his that were there and headed out,” the insider says. Pitt, who arrived 45 minutes after Aniston, seemed to be in a “good mood and happy to be there,” an eyewitness tells the site.

Although he was present at the party, Pitt and Aniston didn’t really chit chat at the event. The exes were reportedly spotted sharing a brief exchange and a hug. The actor didn’t stay for the entire party, the source says, adding that he was “having a great time” though. He reportedly spent most of his night hanging out with pals, George Clooney and Orlando Bloom. When he left, Pitt reportedly tried to go incognito as he exited the hotel — enlisting the help of hotel staffers and security to distract paparazzi from photographing him, according to the report.

HollywoodLife previously reported that Pitt and Aniston have been on “fine” terms in recent months. “Friends were a bit surprised but not shocked to see Brad there, but Jen has been open and honest in the fact that they have spoken here and there since Jen’s breakup with Justin [Theroux],” a source told us. “They’re friendly and they’re on fine terms which is why nobody was totally shocked, but they knew the press and everyone would talk about it. They’re not necessarily close, but more friendly.”

In February, Aniston and Theroux split after more than two years of marriage and seven years together. The two announced their separation on February 15. “In an effort to reduce any further speculation, we have decided to announce our separation,” they said in a joint statement. “This decision was mutual and lovingly made at the end of last year. We are two best friends who have decided to part ways as a couple, but look forward to continuing our cherished friendship.”

Pitt and Aniston were married from 2000-2005. They announced their “formal separation” in a joint statement in January 2005. Their divorce was finalized by October of that year. Not long after their split, Pitt started dating Angelina Jolie. They married in 2014, after spending over a decade together. Pitt and Jolie, who have six children together, split in 2016, when Jolie filed for divorce in September of that year. The exes are currently engaged in a tumultuous custody battle.