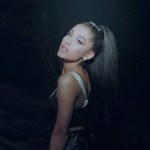 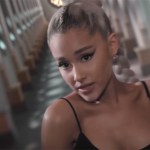 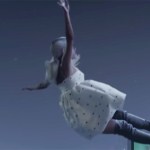 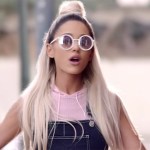 Ariana Grande ‘will never be the same’ after Ellen Pompeo shared a video of herself dancing to ‘Break Up With Your Girlfriend, I’m Bored’! Watch the fun dance here!

Not only is Ellen Pompeo a fan of Ariana Grande, but the favor is very much returned. Taking to Instagram, the Grey’s Anatomy star shared a video of her and her character’s love interest Andrew Deluca (portrayed by Giacomo Gianniotti) dancing to Ari’s hit “Break Up With Your Girlfriend, I’m Bored” while on set. And not only did Grey’s Anatomy viewers love this, but even Grande could not believe Meredith Grey herself was grooving along to her music. Along with re-sharing the video on her own Instagram, Ariana gushed in her caption, “guys if i’m honest ……… this is the best thing that’s ever happened to me. @ellenpompeo i love u sm. i cant breathe. i’ll never be the same.” Of course, Ellen returned the favor by praising Ariana and her song on Twitter, writing, “@ArianaGrande you did it again… it’s a banger 🙌🏼💋❤️.” Check out the dance below!

While Ariana did not attend the Grammys over a disagreement with one of the show’s producers, she did give fans a look at the outfit she would have worn and it was utterly gorgeous. On top of sharing a photo of her Cinderella-like gown, Ariana provided the following caption: “When @zacposen makes u a custom gown it doesn’t matter if you’re singing or not 🌫 …. thank u 🖤.” In addition to the elegant dress, Ariana wore Borgioni opal diamond earrings and a custom Butani diamond choker necklace.

We reported earlier how Ariana made waves after tweeting and deleting messages after her late ex Mac Miller‘s album Swimming lost to Cardi B‘s Invasion of Privacy for Best Rap Album. Ariana wrote “f**k”, “Trash” and “literal bulls**t” after Cardi’s name was announced, and then took down her messages. She later clarified that her remarks were never aimed at Cardi. She tweeted, “Nothing to do with her. Good for her. I promise, I’m sorry.”

guys if i’m honest ……… this is the best thing that’s ever happened to me. @ellenpompeo i love u sm. i cant breathe. i’ll never be the same.

We’ll keep you posted with all of the latest news about Ariana. In the meantime, check out all of her sexiest music video looks of all-time in our gallery above.