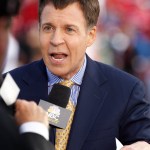 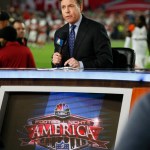 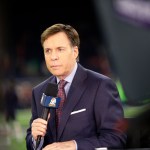 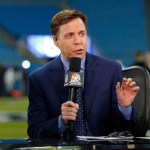 In a recent interview with ESPN, Bob Costas claims he was taken off of Super Bowl coverage by NBC due to his stance on concussions!

UPDATE: A NBC Sports spokesperson gave HollywoodLife gave us the following statement: “We have historically given our commentators a lot of leeway to speak on our air about issues and controversies, and Bob has benefited most from this policy. We’re very disappointed that after 40 years with NBC, he has chosen to mischaracterize and share these private interactions after his departure.”

ORIGINAL: Bob Costas has stepped forward with claims that NBC took him off covering the Super Bowl due to his outspoken opinions on the dangers of concussions. Find out everything you need to know about the legendary sportscaster right here.

1. While Costas has been vocal about the dangers of concussions since 2010, he claims he started getting pushback from the network back in 2015. After the movie Concussion came out, Costas included a connection between Pittsburgh Steelers legend Mike Webster, who was featured in the film, in his halftime essay he was set to deliver mid-game between the Steelers and the Indianapolis Colts. “It was a natural lead-in,” Costas remarked to ESPN’s Outside the Lines. “I thought that the movie would make an impact, and I thought this was a way not only for NBC to acknowledge it, but to get out in front of it.” According to Costas, NBC apparently told him not air it, because they were trying to acquire the league’s Thursday Night Football package. HollywoodLife has reached out to NBC for comment.

2. Apparently, the conflict reached a head in 2018. After continuing to being openly vocal about the physical dangers of concussions, NBC reportedly told him he had “crossed a line,” and that he would be taken off covering the 2018 Super Bowl. Costas and NBC quietly parted ways in early 2019.

3. He had been with NBC Sports for nearly 40 years. Fans were curious, understandably, when it was announced that he would not be covering the 2018 Winter Olympics, after hosting during 11 Olympic games. “It has been both a privilege and an incredible personal and professional experience to have been part of NBC’s Olympic coverage all these years,” Costas said in a statement at the time. “I’m especially appreciative of all the talented and dedicated people I worked for and with on those broadcasts. I always felt that, in a certain sense, I was carrying the ball for them. It’s been a wonderful run, but I just felt now was the right time to step away and I’m grateful that NBC left that decision to me.”

4. Costas has also been vocal about gun control. In discussing Kansas City Chief’s linebacker Jovan Belcher‘s murder-suicide in 2012, Costas said, “In the coming days, Jovan Belcher’s actions and their possible connection to football will be analyzed. Who knows? But here, wrote Jason Whitlock, is what I believe,” said, and then quoted an article by Fox Sports columnist Jason Whitlock, “if Jovan Belcher didn’t possess a gun, he and Kasandra Perkins would both be alive today.”

5. He has won countless awards for his broadcasting. Not only has he won eight National Sportcaster of the Year awards, he’s been decorated with over 20 Sports Emmy Awards.